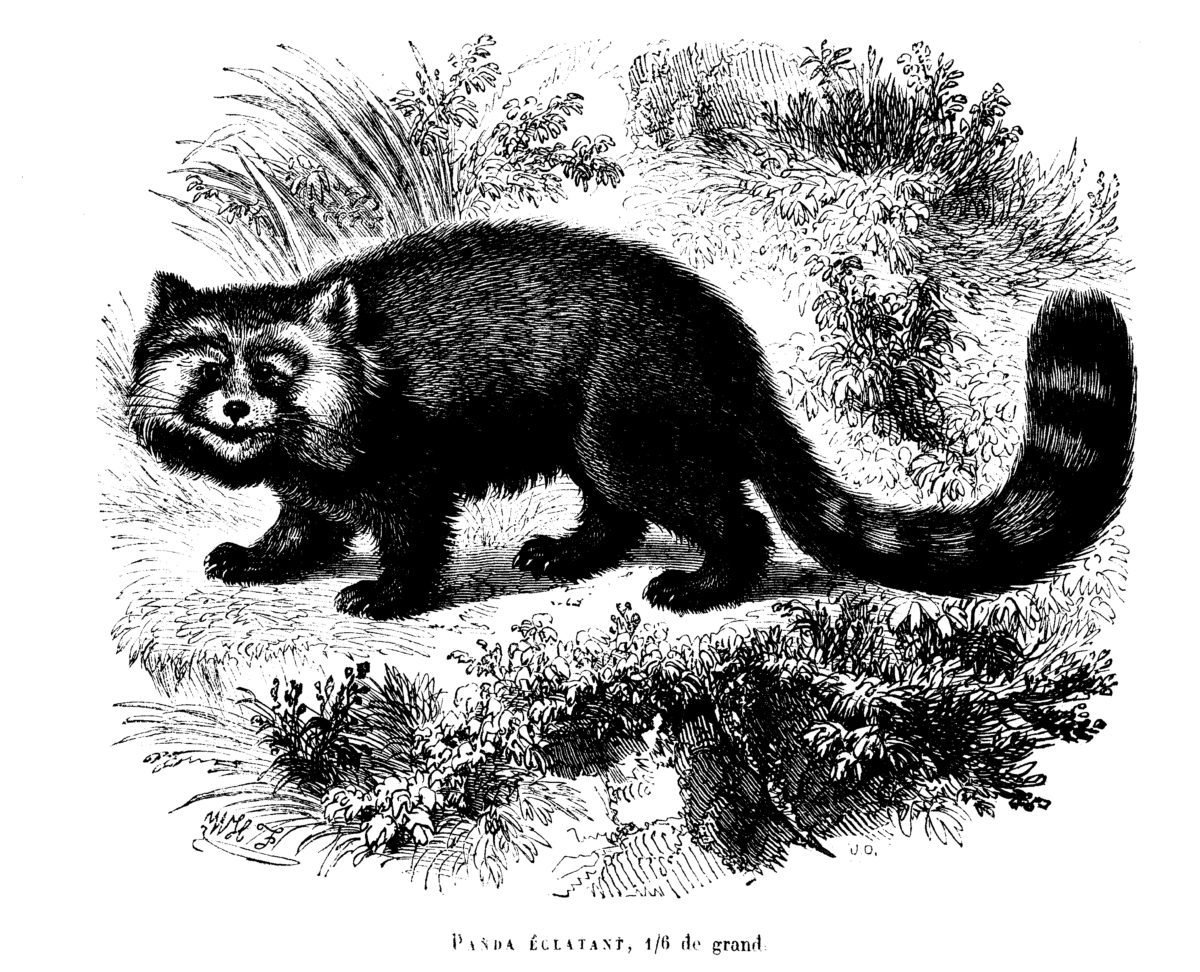 Is that… a Red Panda? When you search in archives for scientific illustrations of Red Pandas be prepared for some surprises. There are tremendous accurate depictions of these animals – and there are the ones which look pretty strange in today’s eyes.

Times are changing – and so do illustrations

Scientific illustrations have long been the only way to capture the appearance of animals. Hardly any of the famous books of legendary biologists comes without them. Between poetry and documentation, this genre has not only evolved steadily over the centuries but also produced impressive masterpieces.

To learn more about the story behind the illustrations you can see here, the working methods of illustrators then and now and the benefits of illustration compared to photography we talked with Austrian biologist Michael Gruber. He works as an illustrator and offers some insights into his work on his website Hieronymus Illustrations.

A conversation about art, realism and Red Pandas with far too big ears.

Red Pandazine: Why is it necessary to have illustrations in the age of digital photography and its possibilities?

Michael Gruber: The advantage of an illustration is that you can emphasize certain structures, which are almost invisible in a photo – this is possible with color or a special representation. Other structures can also be omitted, for example certain parts of flowers or mouth tools of insects, in order to obtain an even more exact idea of the structure under consideration.

Do you work analog or on the computer?

Michael Gruber: Basically, I work with both. My main focus, however, lies on analogue working methods, as they are easier and faster to use. When I’m in zoos or museums, I always have my pencil and my sketchbook with me to capture impressions or to make motion studies. The work is then done at home with the technique I choose – ink, pencil, colored pencil, gouache or with Photoshop.

How have the working methods and the job profile of scientific illustrators changed?

Michael Gruber: The scientific illustrator was a prestigious and well-paid job because there was much that has not yet been described or illustrated. Caused by the enormous amount of data, texts, photos, etc. on any subject in the world, it is no longer necessary to produce illustrations from the animal and plant kingdom, except for art. Today there are only a few researchers who make their own illustrations or rather are no longer using graphical representations at all. I believe this is due to three aspects:

1. it takes a lot of time to create a scientifically correct illustration;
2. you need to have a certain talent for drawing or the ability to adapt a particular technique;
3. the scientific focus nowadays lies less on the anatomical, morphological description of species but more on the genetic, molecular classification.

“If everyone would do the same,
no one would be special.”

Are illustrators in a tense relationship between art and realistic documentation? Is it possible to develop your own style?

Michael Gruber: The boundary between art and realistic documentation is vanishingly small. If you look at an artist like Morgane Antoine (2011 & 2012 finalist at the “BBC Wildlife Artist of the Year” contest) then I think it is very difficult to classify her works into one of the two categories. It is recommended to create your own style to stand out and to be noticed. If everyone would do the same, no one would be special.

Where do we find new or still little documented species nowadays? Are they now increasingly being found in the “microcosmos”?

Michael Gruber: This is quite difficult to say. There are new species in many animal and plant stems and some new ones are added each year. I mainly work with ciliates (protozoa or one-celled organisms), animals that are located in the micrometer range. If, for example, a soil sample is taken, one finds with certainty a still unknown species. Here the field of new discoveries is relatively large. 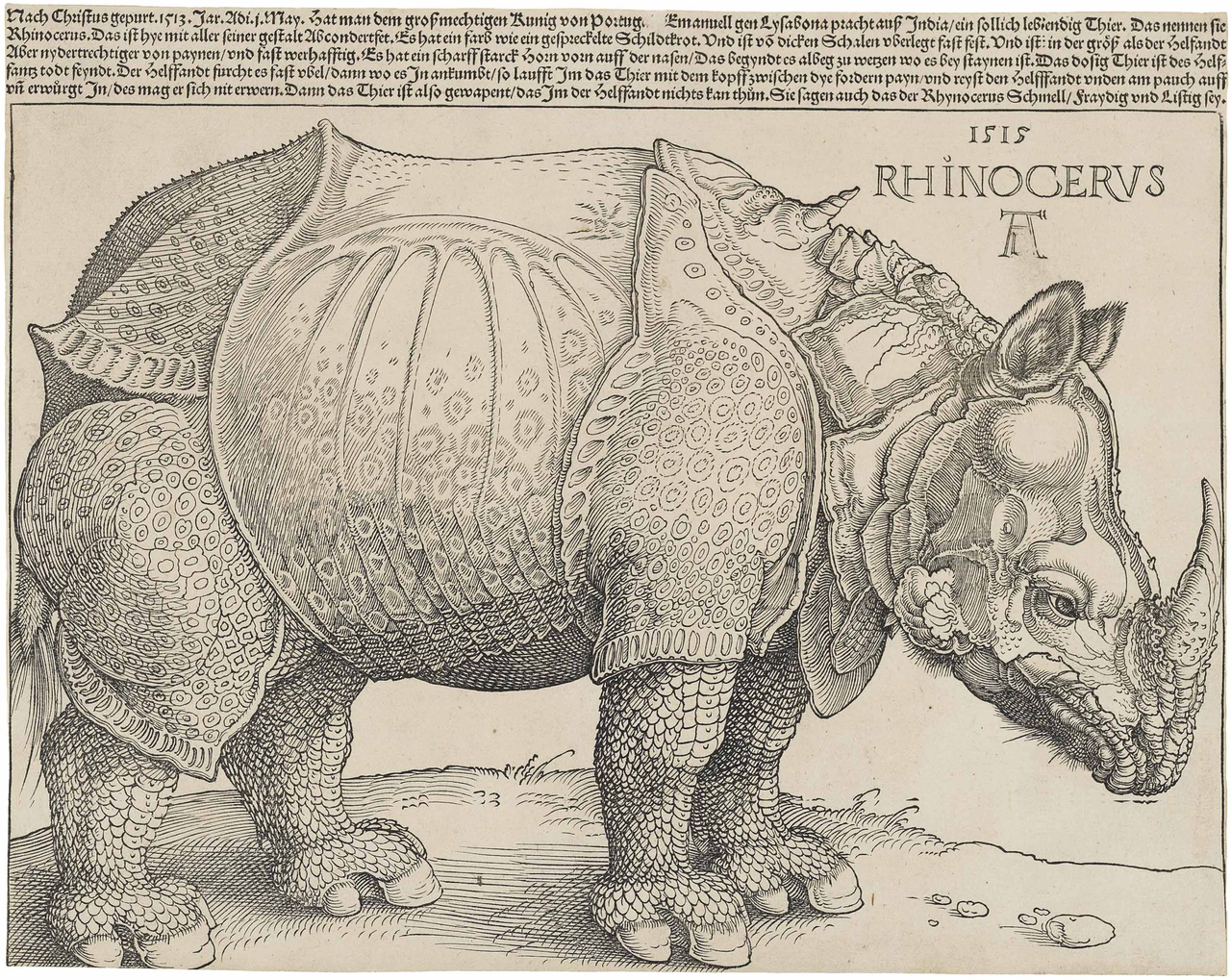 Figure 2:  Albrecht Dürer made his famous “Rhinocerus” without ever seeing one glimpse of the animal. Photo: Wikimedia Commons – Public Domain

How were illustrations made before the age of photography? Were the illustrators of the 19th century the “phantom artists” of biology, because their work was mostly based on retellings and eye-witnesses? Or were they perhaps themselves “on the field” to study the object on the spot?

Michael Gruber: They were both. During the 19th century and before it was quite common to make the drawings or at least the sketches in the field. This was especially true for those who could afford to travel. All others had to content themselves with zoos and museums. There were however such geniuses as Albrecht Dürer, who made the well-known picture of the Rhinocerus only by means of eye-witness reports and rough sketches of colleagues without ever having seen the animal. Of course it was not 100% realistic but the picture has become amazingly accurate. 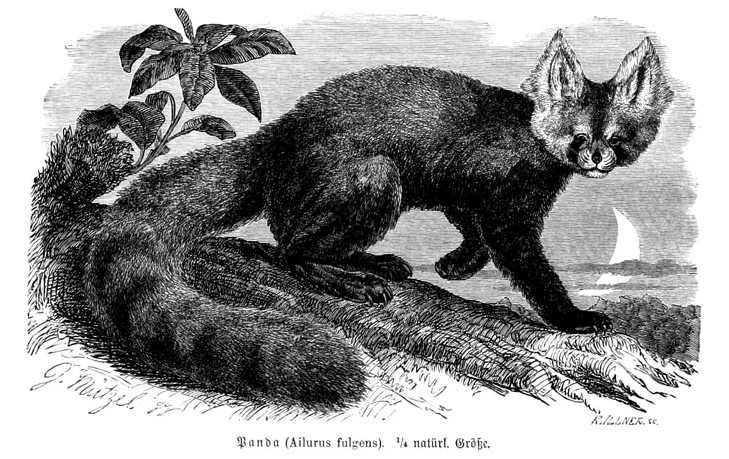 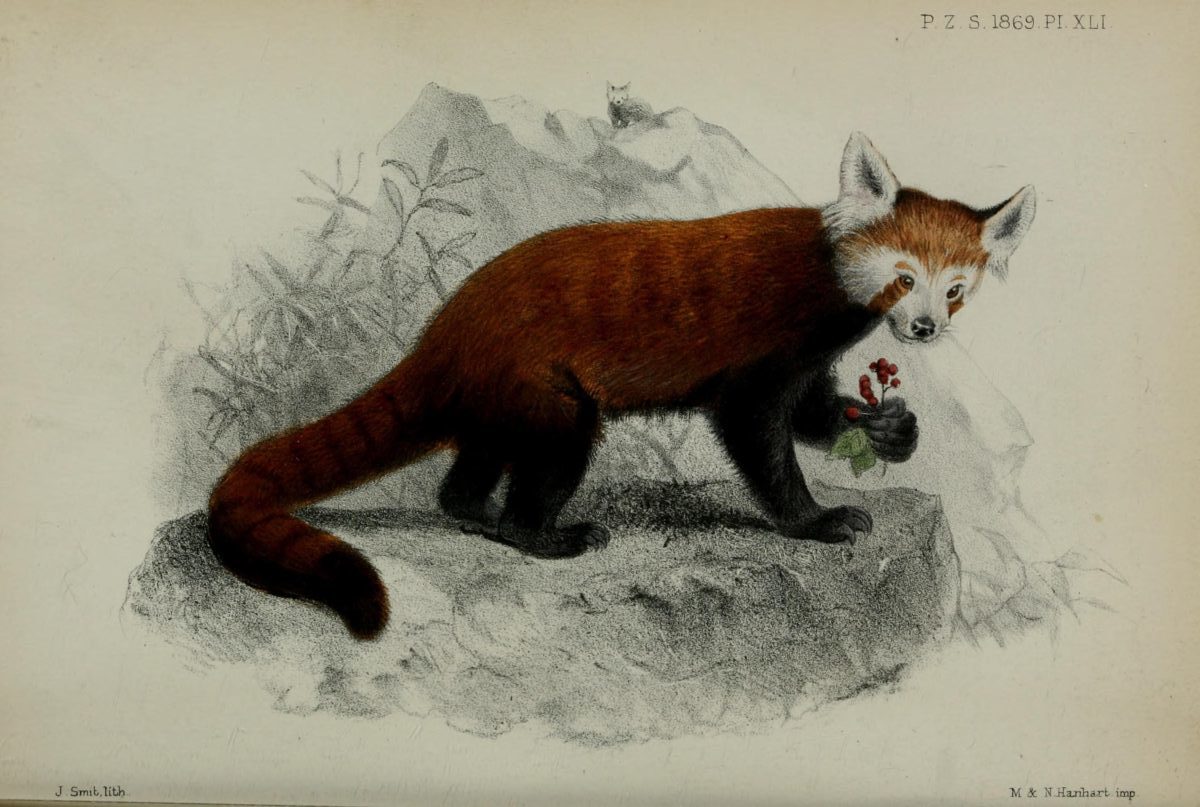 Figure 4: This illustration  from Proceedings of the Zoological Society of London. (1869) shows two Red Pandas. You can find the second one on top of the mountain in the background. Photo: n611_w1150 by Biodiversity Heritage Library on flickr, CC BY 2.0

Do you see anything special about these or other depictions of Red Pandas? Something that only a “trained eye” notices?

Michael Gruber: I would choose the animal’s pose differently. It is a lot clearer to see the animal in a familiar position than to present it from the side with a view to the reader.

Do you know the artists? Could you imagine how these illustrations arose?

Michael Gruber: The illustrator of the picture published in 1869 (fig. 4), the Dutch artist Joseph Smit (1836-1929), probably made this drawing from a Red Panda at the London Museum. The method of drawing animals from museums or zoos was quite common at the time. Travel expenses to exotic locations could be saved but you had access to the animals nonetheless.

“The most difficult thing about the Red Panda

is definitely the fur.”

If you were to commission a Red Panda: What would be the steps up to the finished illustration?

Michael Gruber: First you have to look for a suitable motif. I would visit a zoo with Red Pandas to study his movements and behavior. Photographing and sketching are helping to capture poses which can be worked out later – supported by books and online research. Then I choose the technique I want to work with. Since this is an animal with a striking color it is better to make the illustration in color and not in black and white. If a suitable raw drawing has been made it goes to the coloring. Finally, outlines and highlights such as shadows or light lines are inserted.

What’s your opinion: Is the Red Panda generally a difficult motif to draw? If so, why?

Michael Gruber: In general I would say: no. The most difficult thing about the Red Panda is definitely the fur but if you master this drawing technique, it is not difficult. 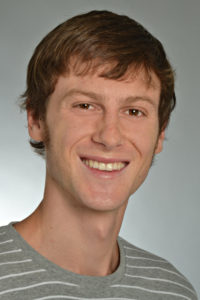 Mag. Michael Gruber (33) has studied Biology at University Vienna in Austria. Through his work as a technical assistant at the University of Salzburg, where he was able to draw many protozoa for classification literature, he developed the desire to make scientific illustration as his main profession. Ernst Haeckel (Art Forms in Nature) is one of his great artistic inspirations.

You can find some of his works in his new online shop.

Excerpt from his previous works