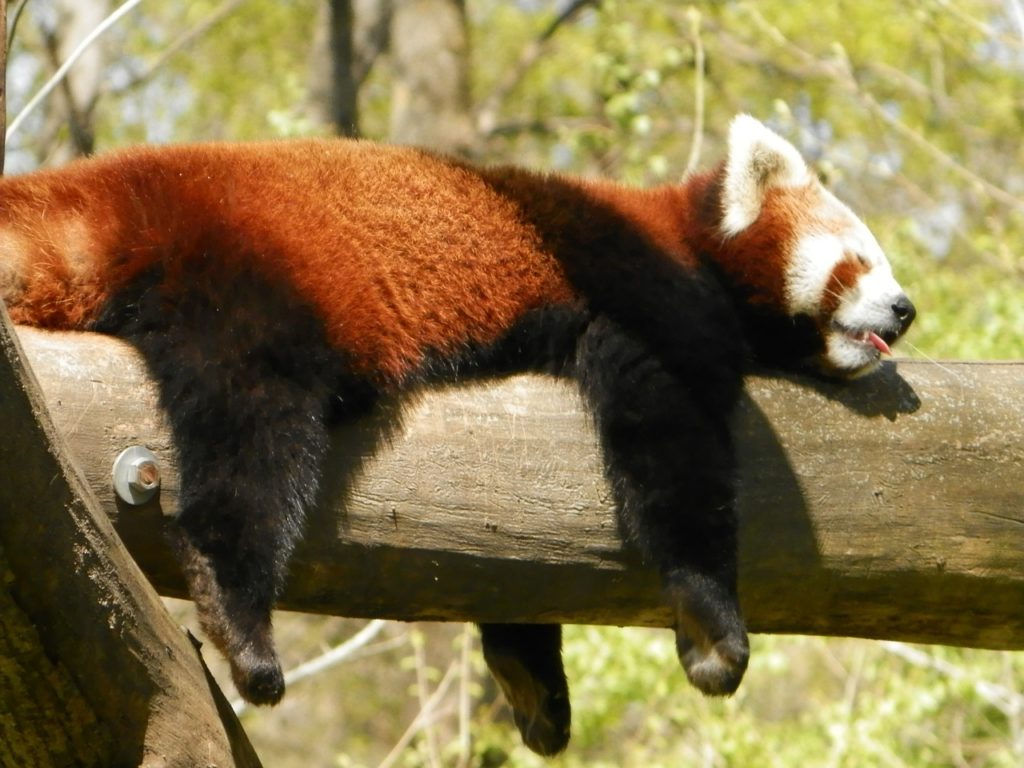 A study on the behavior of Red Pandas in zoos by Nathalie Reiser of the University of Bochum shows some interesting facts about these animals. For her thesis Reiser has observed eight Red Pandas in five zoos in Germany over a period of almost six months. In addition, 32 zoos from around the world have answered a international questionnaire by Reiser.

Some of her findings:

Every Red Panda is different in his activity

Contrary to the assumption, Red pandas aren’t more active in the morning. They differ so much in their activity that there “wasn’t a uniform behavior visible”.

There are also big differences in the proportion of rest periods per day. Some animals showed the maximum resting phase of 100%.

The issue of the preferred resting position is also an interesting topic. Reiser differs in two kinds: the long outstretched position and the curled position, in which the tail is used as a pillow. The latter is clearly favored by the animals – especially when it’s rainy.

But: the higher the temperature goes up, the more likely the Red Pandas tend to lie outstretched.

Red Pandas in zoos are relatively relaxed towards noises. Even strange noises such as chainsaws, construction vehicles or cars were ignored by them. But even in this regard, there are great differences between zoos. Three of the four female Red Pandas showed no response to the sounds. Only the male at Cologne Zoo and the female at Zoom Erlebniswelt Gelsenkirchen reacted different.

If dogs are allowed in a zoo, the Red Pandas react only moderate. Loud visitors will, however, be perceived by almost half of the red pandas.

This is particularly distinct in the male Red Panda Kenzo of the ZOOM Erlebniswelt in Gelsenkirchen and female Red Panda Cosima of the Zoo Krefeld.

For more insights, read the master thesis “Beeinflussung des Verhaltens von Kleinen Pandas (Ailurus fulgens fulgens) in zoologischen Gärten durch die Gehegegestaltung, die Pflegeraktivität und das generelle Umfeld” by Nathalie Reiser (in German, but on page 99 you can find an English summary), which is available as download on the website of the German Association of Zoo Directors.