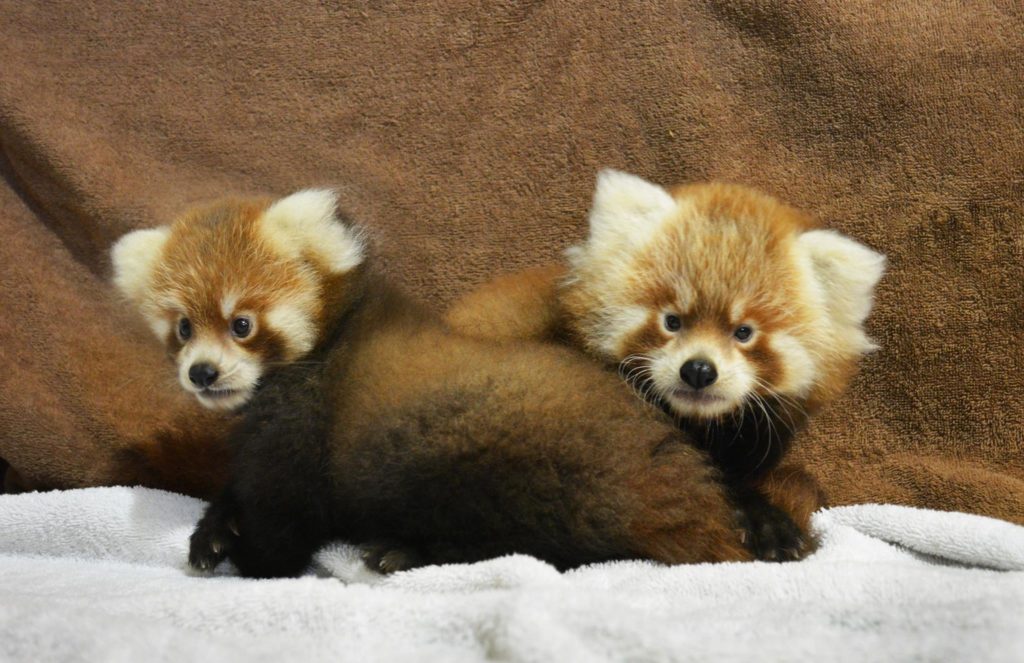 The Rosamond Gifford Zoo (Syracuse, N.Y.) has announced the birth of two male Red Pandas named Pumori (named after an Himalayan mountain) and Rohan (“ascend” in Sanskrit). They were born on June 25.

They are the first offspring from the two years old mother Tabei and Ketu, the four year old father, who came from Hamilton Zoo in New Zealand to Syracuse.