The Red Panda of today is the last and only surviving of the so called Ailuridae family. But millions of years ago the Bataller’s Panda (Simocyon batalleri) and the Bristol’s Panda (Pristinailurus bristoli) – two species from two subfamilies of the Ailuridae – lived in the northern hemisphere. Aaron Woodruff, a Paleontology grad student at East Tennessee State University and blogger, works on the Gray Fossil Site – a mayor spot for fossils in Tennessee. He talks with us about the Red Panda ancestors. 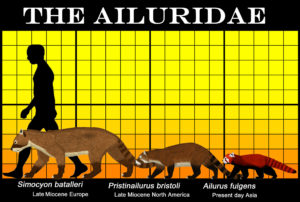 Red Pandazine: What are the main differences between the Red Panda of today and the Bataller’s and Bristol’s Panda?

Aaron Woodruff: The Red Panda is far more dependent on trees than either. All of the extinct ailurids appear to have been very skillful climbers, but they were likely more scansorial in their overall lifestyle. That is, most of their daily activities would have taken place on the ground but they would have taken to the trees to rest or to escape from danger. Red Pandas, under optimal conditions, very rarely come down to the ground. They also have an extra-large false-thumb compared to other ailurids which improves their ability to grip the thinner branches.

Red Pandazine: How would you describe the differences between Bataller’s and Bristol’s Panda?

Woodruff: Both species belong to the carnivoran family Ailuridae. Within this family there are two subfamilies; the Simocyoninae and the Ailurinae.

Simocyonines, to which the Bataller’s Panda belongs, were mostly medium-sized hypercarnivores with powerful jaws and slicing carnassials.

The ailurines, to which both the Bristol’s Panda and the modern Red Panda belong, tend to have more generalized diets with crushing dentition adapted to feed on both plant and animal matter. The Red Panda is in many ways the oddball of the group in that it has further emphasized the crushing aspect of their dentition and feeds almost exclusively on bamboo, although they will occasionally catch small rodents and birds when they can get them. 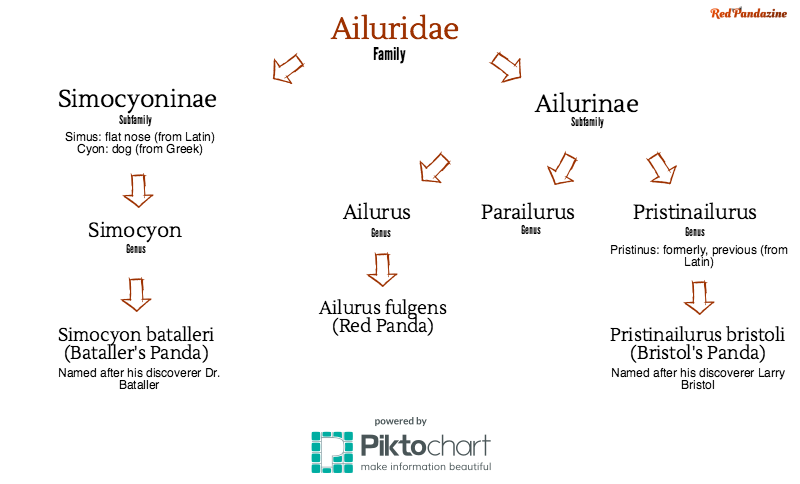 Red Pandazine: The Red Panda loves bamboo, the Bataller’s Panda was a Hypercarnivore – what about the Bristol’s Panda?

Woodruff: Well, it probably wasn’t eating bamboo. I would describe the Bristol’s Panda as being more of an omnivore or mesocarnivore (50-70% meat in diet) . Its skeleton was better suited for great agility on the ground. The way it looked and moved would have been similar in many ways to those small carnivorans which actively hunt live prey on the ground but retain the ability to climb effectively. In terms of its ecology, I would compare it to something like a civet or a fox.

Red Pandazine: Is there any information why the Bataller’s and Bristol’s Panda did become extinct?

Woodruff: There is currently no information as to the cause of their extinction. Part of the reason for their decline, and eventual extinction, could be a combination of climate change and competition from other types of carnivorans. After Simocyon goes extinct, there seems to be a greater diversity of medium-sized cats, some of which were the ancestors of the big cats we are familiar with today. Ailurines, meanwhile, could have been replaced by various species of small canids, procyonids, and mustelids.. 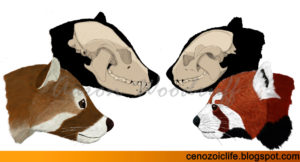 Red Pandazine: Where can fossils of the extinct relatives of the Red Panda be found?

Woodruff: In the fossil record, ailurines are associated with temperate forest habitats across the Northern Hemisphere. Both Simocyonines and ailurines are known from sites in North America, Europe, and Asia. Most of the fossil remains that have been found are highly fragmentary and consist of only a few bones and teeth. The most complete material for any simocyonine has come from the Batallones-1 site in Spain. The Gray Fossil Site, meanwhile, has yielded the most complete remains of any ailurid than any other site in the world. Only one other site in North America in Washington State where an ailurine fossil has been found; just a single isolated tooth belonging to Parailurus.

Red Pandazine: Where has the living Red Panda its origins?

Woodruff: It is unclear when the genus Ailurus originated, but it may have descended from the extinct genus Parailurus in central Asia sometime during the Pliocene (5 to 2.5 years ago). The Red Panda has persisted because it is a specialist, adapted to the cool high-altitude forests of the Himalayas. 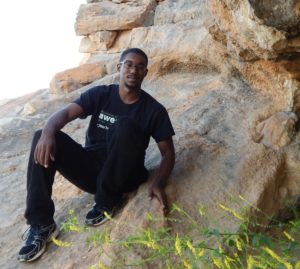 Aaron Woodruff is a paleontology grad student at East Tennessee State University. His thesis project is on Pleistocene peccaries, but he is also well-versed in many other types of mammals, mostly carnivores and ungulates. Most of his research he does at the Natural History Museum at the Gray Fossil Site. Paleontologist Dr. Steven Wallace, an authority on ailurids, is on his graduate committee and he has taught Woodruff pretty much everything about Red Pandas and their extinct relatives.

Woodruff’s worth reading blog Life in the Cenozoic Era is about the age of mammals which started 66 millions before our time.