Home
News
Featured
Red Pandas in the autumn of life 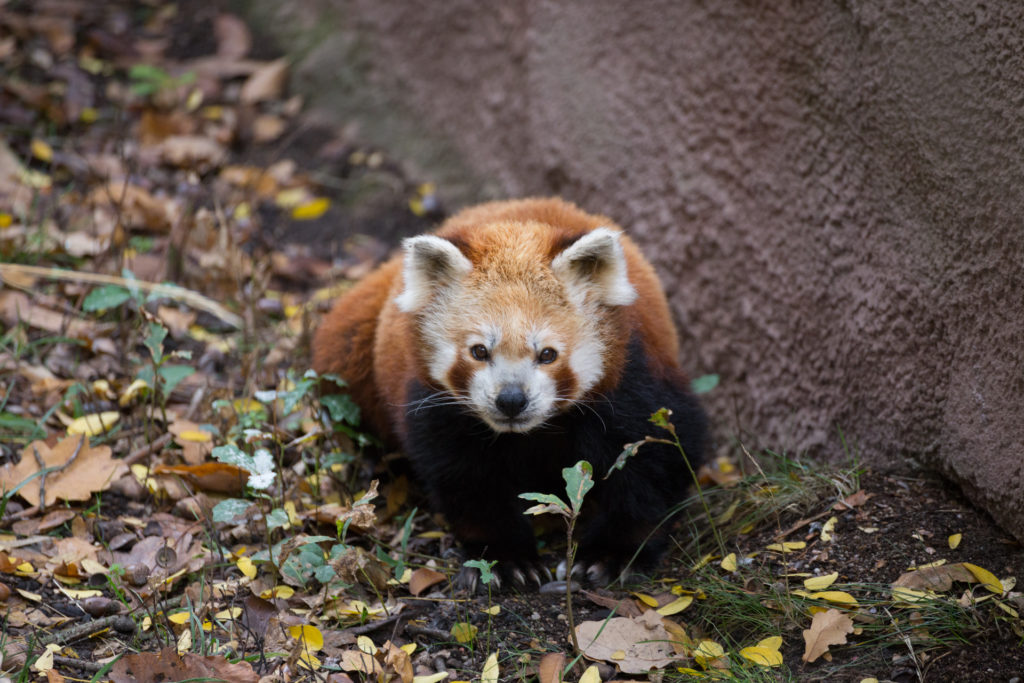 The Old Man and the Zoo. Photo: Jürgen Breitenbaumer

There aren’t many good sides to those cold October mornings. Except the possibility to visit a zoo without other guests. In such moments a spacious zoo like the one in Plzeň (Czech Republic) is a great way to get closer to the animals. You can see nervous penguins waiting for the keepers, a handsome lion welcoming the new day with a sullen roar, and porcupines fighting for their breakfast made of tasty vegetables. 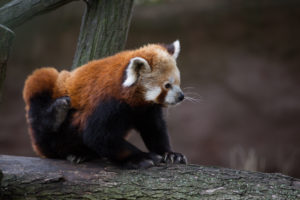 Only one animal stays calm: male Red Panda Chigo lies on the big tree trunk in his enclosure. He is 14 years old – in human years he would be in retirement.

Chigo was born in 2oo1 at the zoo of Dresden in Germany, then he moved to the Schönbrunn Zoo in Vienna, Austria. Since 2010 he lives in the Czech industrial town.

The old man looks tired. A noise wakes him, he opens his eyes and lays motionless. After a minute he stretches his body, yawns and starts to study his surroundings. 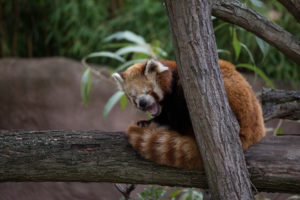 His serenity is a counterpoint to the second Red Panda, who also lives in the enclosure. This young fellow runs around excitedly, almost fells from a tree and suddenly disappears into the shed to have some food.

Chigos wild days are definitely over. He moves slowly to the edge of the enclosure, where he settles in front of the fencing. Here he remains for a long time. According to the information board next to the enclosure he should be very shy. But instead of hiding he mostly ignores the rest of the world and studies the ground carefully. His curiosity about the strange specimens of the Homo Sapiens does not seem to be very pronounced.

The quiet morning hours are over, more and more people are visiting the zoo. It seems like Chigo doesn’t care about the crying children around him. Those sounds aren’t new to him.

Between suffering and life

Chigo is one of the older Red Pandas in the European zoos. But he is not alone, as there are Red Pandas like Mike from Zoo Schönbrunn, who has reached the age of 16 this year. Compared to their relatives in the wild, many animals in zoos often reach a significantly higher age. And yet aging is one of those topics in which the relationship between humans and animals needs to be reconsidered over and over again – especially when it comes to a serious illness or even death.

Vets have to make a difficult decision, especially when animals are suffering. The team of the Wellington Zoo (New Zealand) had to deal with this issue. Female Red Panda Amy suffered from severe joint pains and a persistent kidney disease. The veterinarians decided to euthanize her at the age of 15.

As sad as those deaths are – the good news is that according to statistics from zoos around the globe, an age of 14, 15 or even 16 years doesn’t have to be the end of a Pandas lifespan. In Rotterdam a Red Panda reached the age of 21 years and 7 months. However, the age record was set by Kusu, a Red Panda from Japanese Itozu no Mori Zoological Park. He reached an incredible age of 24 years – the equivalent of 108 human years. Seen from this point of view, Chigo is still kind of a youngster.