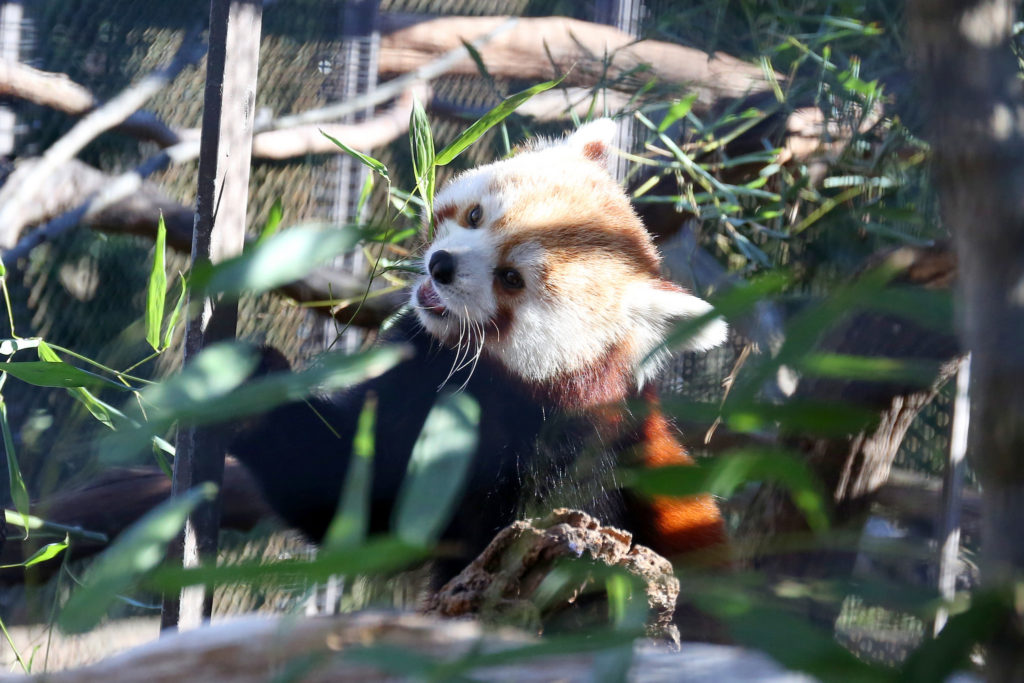 After a two-year hiatus, red pandas have returned to the Smithsonian’s National Zoo. Tusa, a 1-year-old male, and Asa, a 1-year-old female, are on exhibit at the Small Mammal House.

“We hope that our visitors will be as excited as we are to have Red Pandas back at the Zoo,” said Steve Sarro, curator of Asia Trail and the Small Mammal House.

Last November, construction began on an indoor retreat which will provide a quiet environment complete with heating, air conditioning and new perches for the Red Pandas.

The Zoo’s previous red panda pair, Rusty and Shama, were moved to the Smithsonian Conservation Biology Institute (SCBI) in January 2014 for breeding. Shama gave birth to three cubs sired by Rusty June 26, 2014, but died shortly thereafter. Rusty, known for his brief Zoo escape and safe return in June 2013, is thriving at SCBI.

Scientists at the SCBI have studied Red Pandas both in the wild and in human care. In 2012, SCBI launched the largest health and reproductive study ever on the Red Panda which focused on the largest Red Panda population housed under human care at the Chengdu Research Base in China.