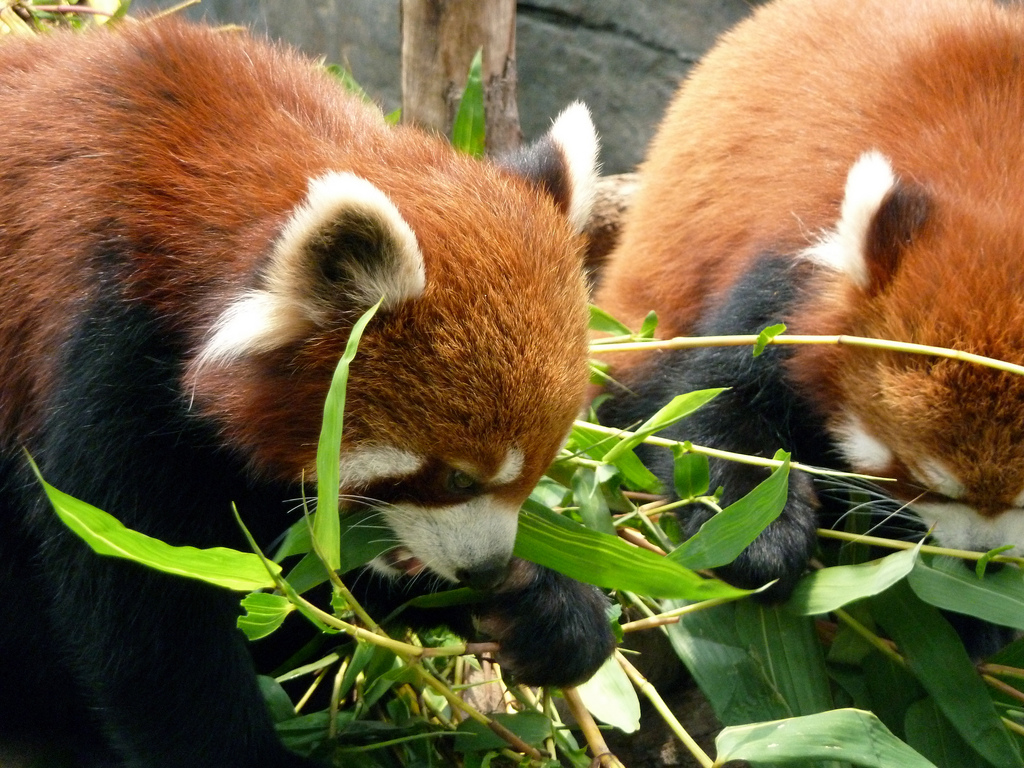 Red Pandas and Giant Pandas have not much in common. But in Hong Kong’s Ocean Park a Red Panda decided to visit his big black-white neighbours. He escaped from the “Amazing Asian Animals” house to sneak into the Giant Pandas enclosure.

Ying Ying and Le Le were not in the enclosure when the surprising visitor broke in.

The Red Panda is now back in his enclosure.

According to the South China Morning Post this incident was just one of many in a very sad week for the Ocean Park. Previously, a Sea Lion had lost her newborn cub because she threw it into the water by a mishap. Also an older Sea Lion died during an operation.