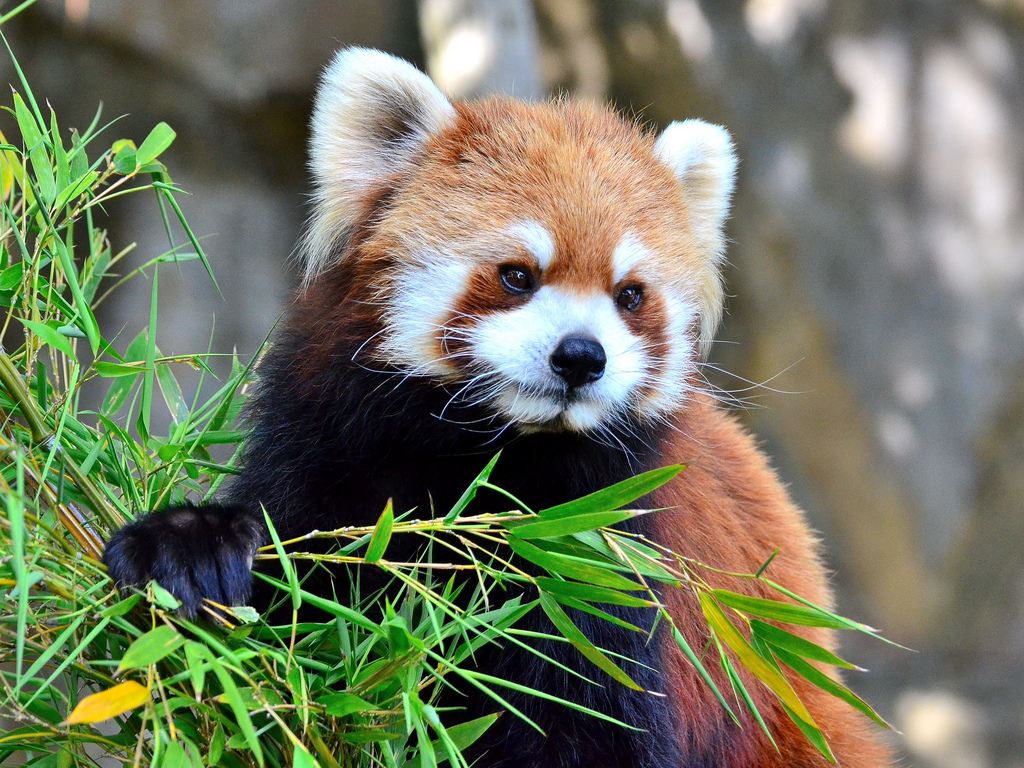 Red pandas in the zoos and in wildlife prefer bamboo – but with exceptions.
Photo: Dakiny – Attribution License – http://creativecommons.org/licenses/by/2.0/

Although Red Pandas are carnivores, their diet consists mostly of bamboo and other plants.

In a study from 2012 in the Dhorpatan Hunting Reserve in eastern Nepal researchers have analyzed the dietary habits of the Red Pandas in the months of June and July. The result: the diet is dominated by the Arundinaria spp. bamboo.

Red Pandas and their favorite bamboo

Last year a research team from Nepal, Australia and New Zealand has studied the dietary habits of Red Pandas in the winter months from November to February. They collect 54 stool samples and samples of relevant plant species for an analysis.

The proportion of Arundinaria spp. on the diet of the Red Pandas remains fairly constant, with 82.1% (winter) compared to 81.7% (early summer).

The lower protein percentage of the favorite bamboo Arundinaria spp. would also explain why Red Pandas sometimes eat small animals. According to the authors, these are a “complement” to the bamboo to get the optimal nutrient ratio.

The results of the short study provide an initial orientation, but still need more detailed research. For example a distinction between the sexes wasn’t possible.

Red Pandas in the conflict zone

There is also a difficult relationship between humans and Red Pandas, which is particularly evident in Dhorpatan Hunting Reserve. The Arundinaria spp. is not only the favorite bamboo for Red Pandas, but also a major source of income for the local population. This could lead to a conflict.