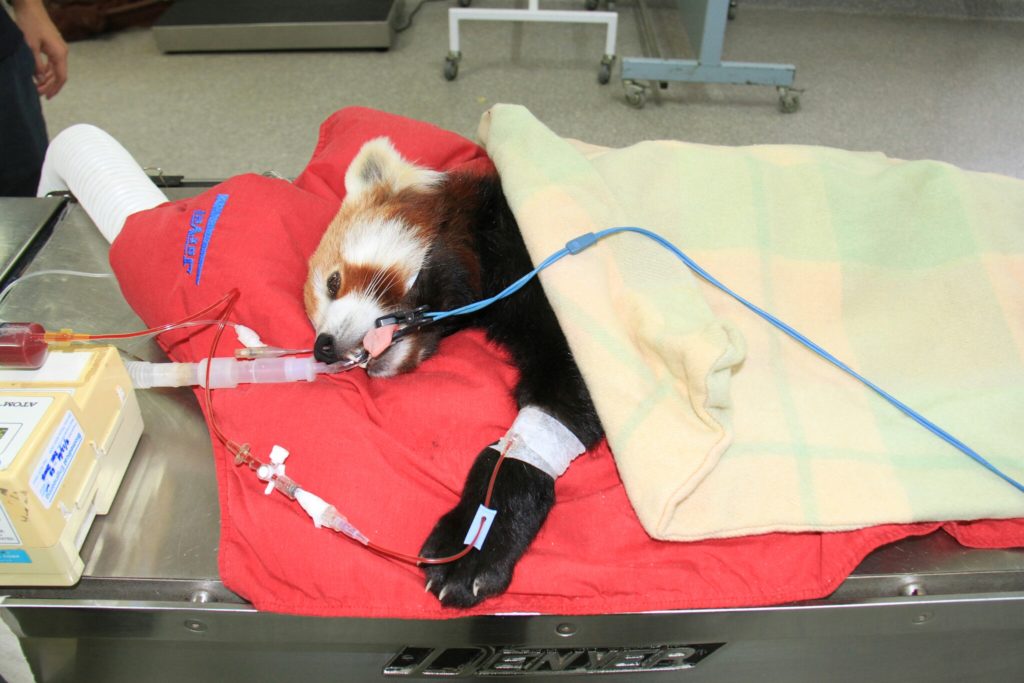 Pemba has been given a series of blood transfusions. Photo: Zoos South Australia

Adelaide Zoo vets have performed a blood transfusion to save the life of the 8-year-old Red Panda Pemba. It’s the first time that a Red Panda has undergone this procedure.

The Red Panda was diagnosed with anaemia, a condition which minimizes the transport of oxygene in the blood.

Blood donations from his sons

Pemba has got a series of blood transfusions. The blood donations came from his sons, Ravi and Momo.

“He was becoming quieter than normal, he was a little bit wobbly when he walked,” says Zoos SA Senior Veterinarian, Dr Ian Smith. “It prompted us to undergo a health check which determined he had very low red blood cells.“

The cause for the anaemia isn’t clear yet. The lab results should show some evidence.