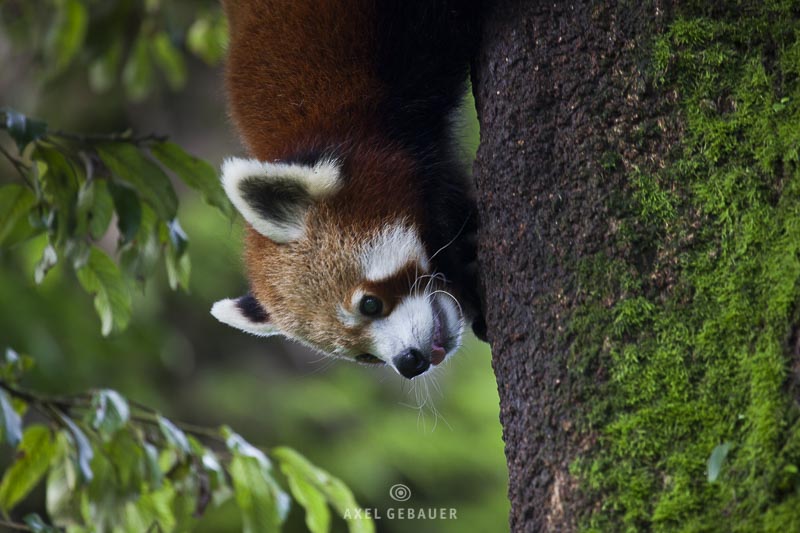 The star of the new documentary: the Red Panda. Photo: Dr. Axel Gebauer

The last extensive film documentary about Red Pandas had its premiere ten years ago. Since then Red Panda fans are waiting for a new film to feature these beautiful and fascinating animals.

Dr. Axel Gebauer wants to change that. The former zoo director of the German Görlitz Zoo and panda expert is currently working on two documentaries about Red Pandas. One 45-50 minute long TV version and a short version called “The Forgotten Panda” especially for zoos and education.

Between filming in Nepal, Bhutan and India, Dr. Gebauer has taken time to answer our questions and explains, why it took so long until a filmmaker tried to make a new documentary about the Red Panda. 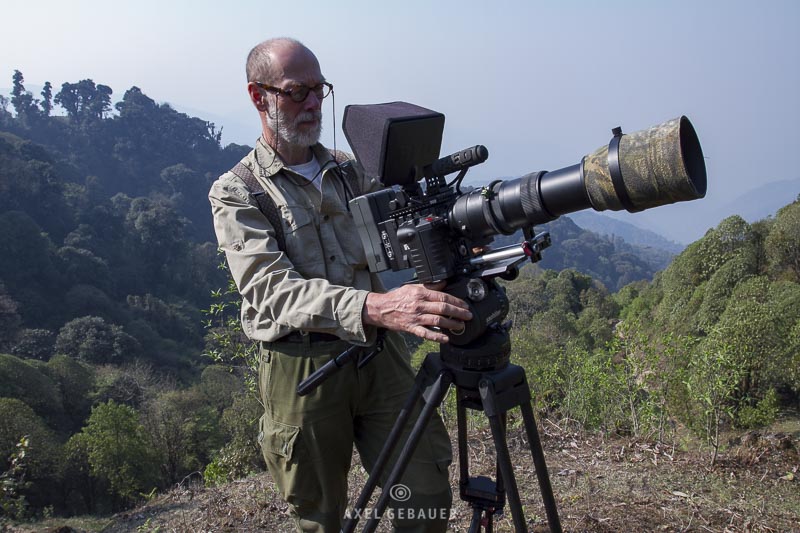 Red Pandazine: How did you get the idea for this documentary?

Dr. Axel Gebauer: As director of the Görlitz Zoo I have developed the idea of a large semi-natural enclosure for Red Pandas, which opened in 1997. Since that time the zoo is breading Red Pandas regularly.

As a behavioral scientist I always had an interest in finding answers to open questions regarding the biology of this species. A contribution I could make was about the mother-child behavior and vocalizations of the species – see Red Panda. Biology and Conservation of the First Panda, edited by Angela Glatston. Nevertheless, we don’t know much about the Red Panda.

In 2010, I quit my job as a zoo director. I wanted to work in my second passion, wildlife photography and filmmaking. So it was logical that I try to make a movie about my favorite animal. 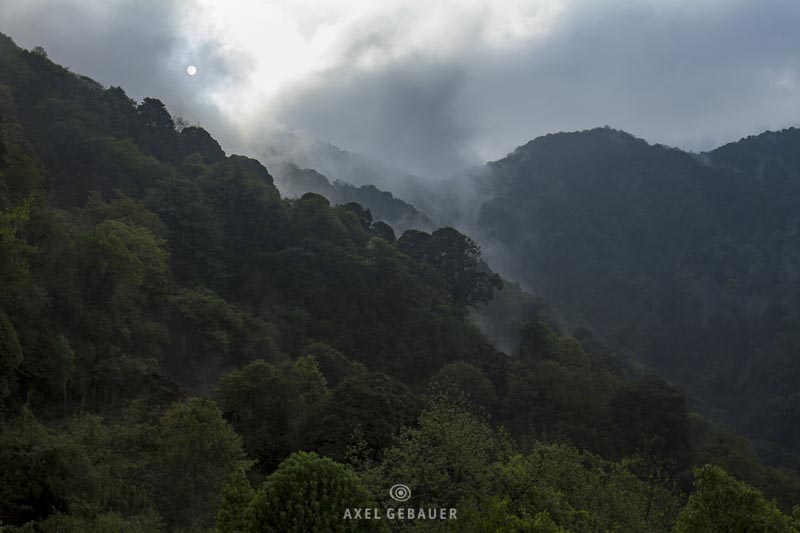 Difficult shootings in the forests of the Himalaya. Photo: Dr. Martin Kaiser

Red Pandazine: Documentaries about Red Pandas like the popular „Cherub of the Mist“ are rare. Why aren’t there more filmmakers who try to film these animals?

Dr. Axel Gebauer: To my knowledge, the named film by the Indian Bedi brothers is the only notable documentary about Red Pandas. From my own experience I can say that the Red Panda is probably one of the most difficult mammal species to film. That’s because of his not very „film-friendly” habitat – the dense bamboo forests of the Himalayas on extremely steep slopes. But he is also very shy and hides almost always high up in the trees and is extremely difficult to find.

The Red Panda is also literally lazy – to save energy. His main diet is based on bamboo and not very substantial. Therefore he sleeps through 80 percent of the day. 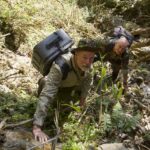 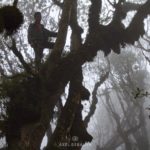 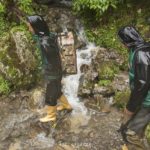 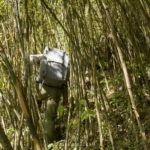 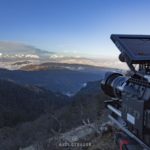 The habitat of the Red Pandas. Photo: Dr. Axel Gebauer

Red Pandazine: How did you find the animals in the forests?

Dr. Axel Gebauer: Thanks to the dedicated and knowledgeable local people. Without the staff of Red Panda Network Nepal we would have never been able to see the animals that good.

Red Pandazine: Which scenes were the most difficult to shoot?

Dr. Axel Gebauer: Sleeping, climbing and bamboo-eating Red Pandas are good to film, if you can handle the difficult terrain with the heavy camera equipment. Everything else is more complicated.

Dr. Axel Gebauer: Both subspecies show basically the same behavior, so it is not really relevant for the film. We have only filmed Ailurus fulgens fulgens, the western subspecies. The documentary will not be about systematic problems, but about the species itself.

Red Pandazine: How did the people in the Himalaya region react on the shooting of the documentary? Were they involved?

Dr. Axel Gebauer: Very positive up to enthusiasm. They were more than involved – without their logistical and technical assistance we could not shoot the film.

Red Pandazine: Have you filmed all the scenes you need?

Dr. Axel Gebauer: No, it still lacks a lot, especially since the film is not a monograph but an impression of the habitat with many other residents. 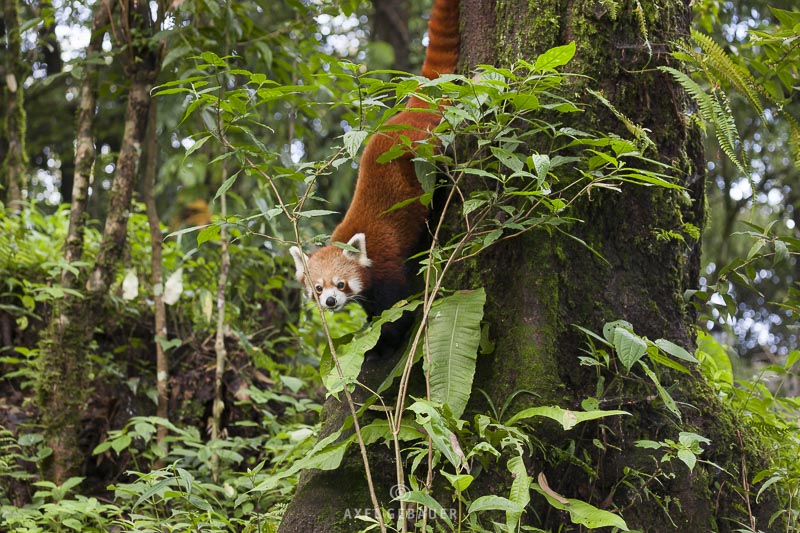 One of the main actors. Photo: Dr. Axel Gebauer

Red Pandazine: When will your documentary have its premiere?

Red Pandazine: Will your film also shown on festivals?

Dr. Axel Gebauer: I hope so!

On the website of Dr. Axel Gebauer you can find a first trailer of the Red Panda documentary.

We will keep you up to date about the documentary here on Red Pandazine, Tumblr and Twitter.