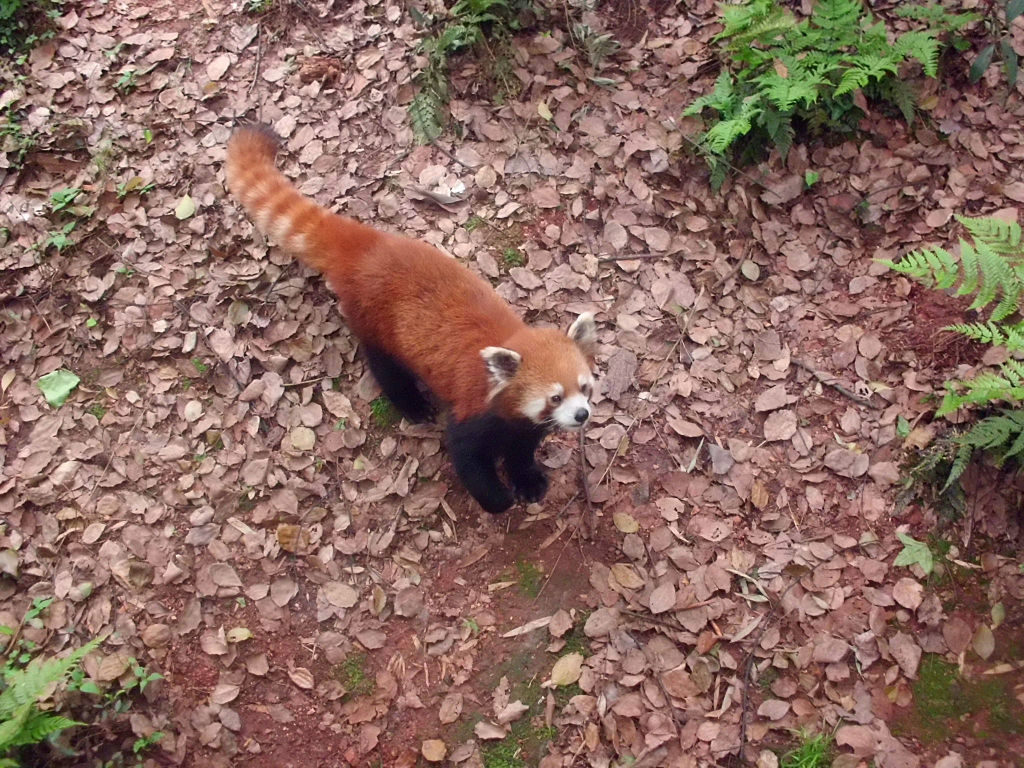 One of the Red Pandas at Hangzhou zoo. Photo by: Huandy618 (Own work) [CC BY-SA 4.0], via Wikimedia Commons

A Red Panda, which had been missing for 8 months, is finally back at the Hangzhou zoo in Zhejiang/China.

He was one of three Red Pandas that escaped from the zoo in December after heavy snowfalls.

Two of the Red Pandas were recovered short after their escape. But the third one was still missing. Although he was spotted by tourists he always moved on before the zoo workers arrived.

On Wednesday a security guard found the Red Panda hanging on a tree branch in Dinjiashan – 4 km (2,5 miles) away from Hangzhou zoo.

The zoo stuff tried to attract the Panda with apples, but this attempt failed. So the vice-director of Hangzhou zoo decided to tranquilize the 10-year-old Red Panda.

The animal had lost about one kilogram in the 242 days he was missing.

South China Morning Post reports about the return of the missing Red Panda.