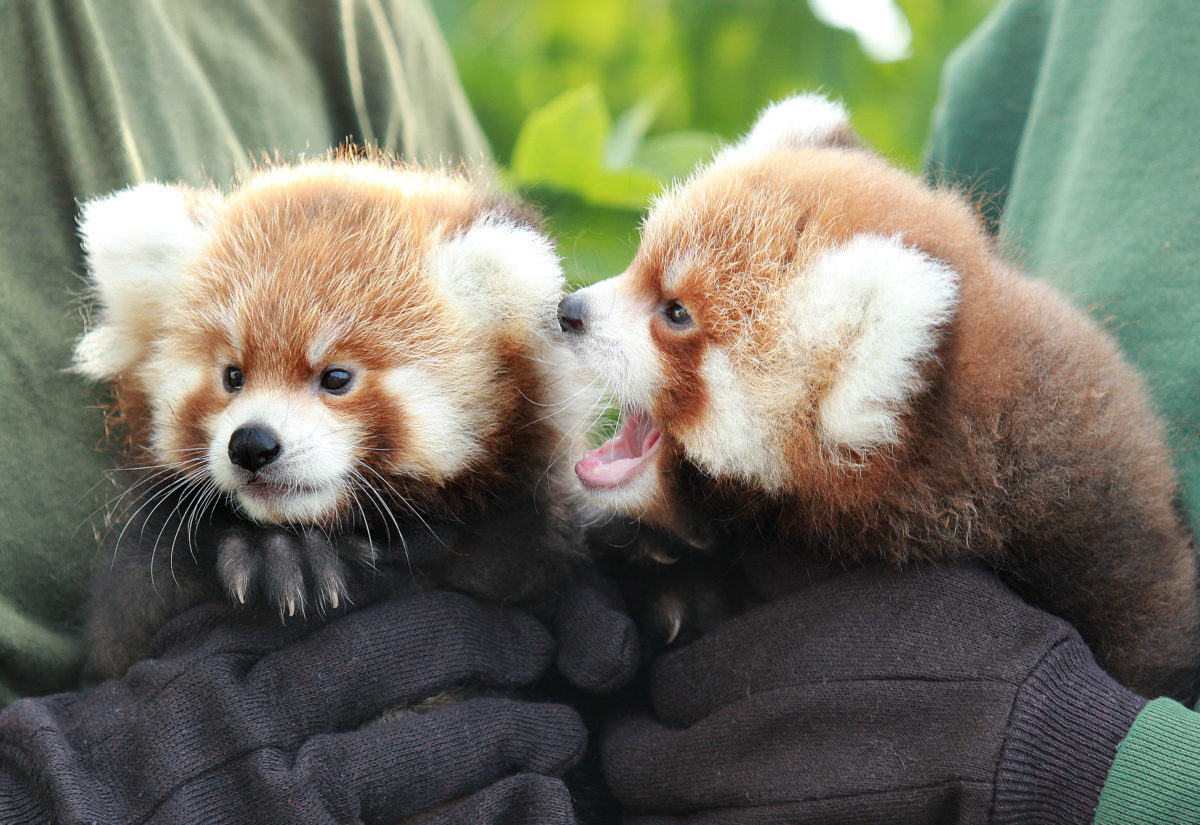 Just one day before this year’s International Red Panda Day the Rosamond Gifford Zoo in Syracuse (N.Y.) has announced the birth of two Red Panda cubs – one female, one male – named Amiya (“delight”) and Ravi (“king”). It’s the second offspring from mother Tabei, who has been caring for the cubs since their birth on June 27. Their father is Ketu who is a second-time dad.

Red Pandas have opened their eyes

“It is only fitting to celebrate the successful birth of Red Panda cubs at our zoo on the eve of International Red Panda Day, which supports global awareness of Red Pandas and conservation of this endangered species. The zoo and its animal staff are to be commended for their continued hard work and dedication,” said Onondaga County Executive Joanie Mahoney.

The cubs are not on exhibit to zoo guests, as they still live inside the nest boxes with their mother. They have opened their eyes and are mobile. Zookeepers monitor the cub’s growth and health. 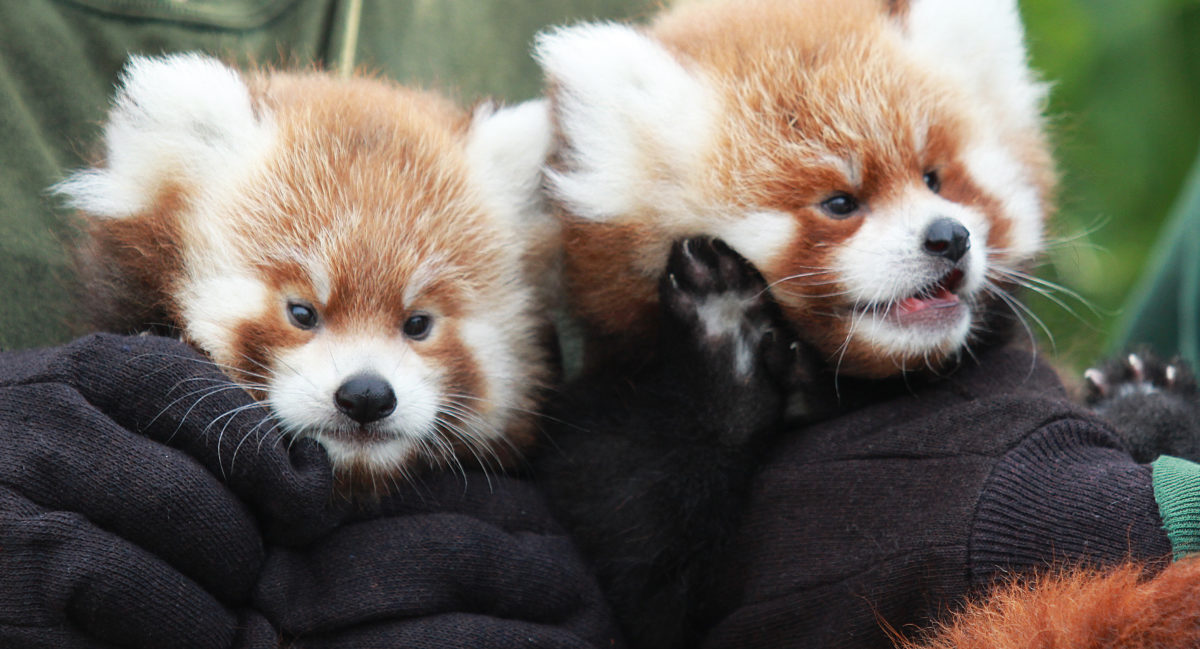 Zookeepers are conducting regular weight and wellness checks to monitor the health of both cubs. Photo: Maria Simmons/Rosamond Gifford Zoo