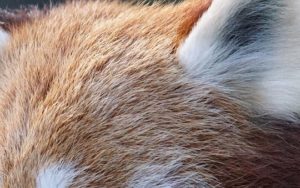 Police in Nepal’s capital Kathmandu has arrested two suspects – a 25-year-old and a 29-year-old man – for illegal possession of two Red Panda hides. This is the second case in less than three weeks.

The alleged smugglers were arrested after the police received a hint. The men were brought to the District Forests office for further investigation.

The Himalayan Times and the Metropolian Police Nepal (in Nepalese) are reporting.