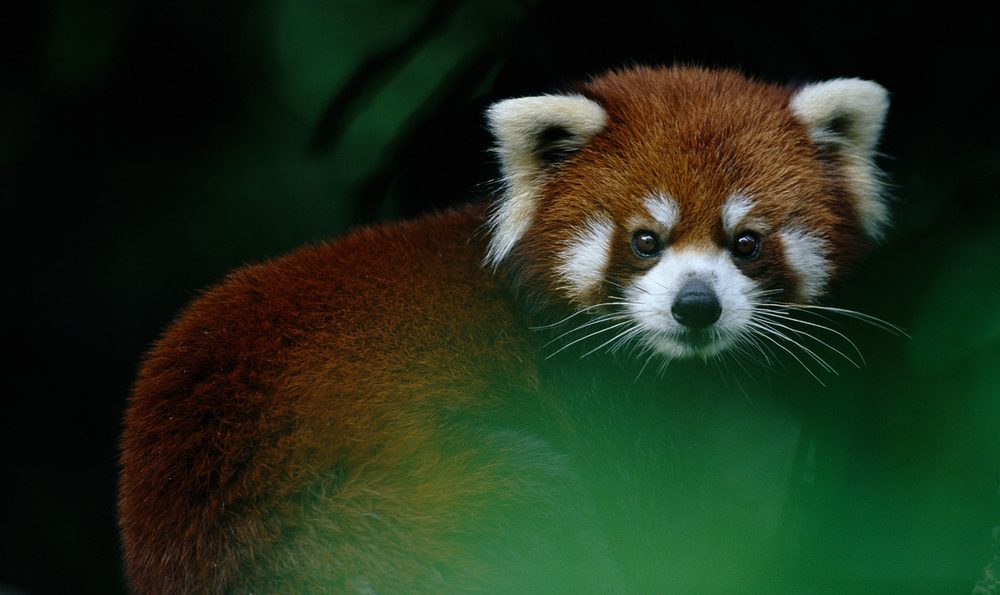 The Red Panda Project of the WWF wants to protect the habitat of the Red Pandas in Sikkim.
Photo: naturepl.com / Anup Shah / WWF

The state of Sikkim in India’s northeast is a home for Red Pandas. But like its neighboring countries Nepal, Bhutan and Chine the animals are unfortunately also exposed to a number of threats. The increasing population and the deforestation are gradually reducing the habitat for the Red Pandas. Forests are used as pasture and for providing firewood. Stray dogs are an additional danger.

Since 2005 the Red Panda Project of the WWF has been trying to improve the situation of the Red Pandas in this region. Under the direction of WWF India and with the financial support of WWF Germany, the staff at the office in Sikkim is working to protect the Red Pandas, but also takes care of snow leopards, endemic pheasant species and water protection.

The Red Panda Project works on several levels: 240 hectares of woodland were reforested to compensate the lost forests. 100,000 hectares of land are now “community protection areas”. Thanks to economical furnaces and the production of briquettes from packaging waste and dung, the demand for firewood has been reduced. These measures have stabilized the Red Panda population in Sikkim, says Stefan Ziegler, WWF Nature Conservation Officer for Asia. “According to our estimates, it is a maximum of 380 adult animals.”

Fortunately, poaching seems to be less danger for the Red Pandas in Sikkim. But this year the WWF is analyzing the situation of the northern neighbors. “We have begun a market investigation in China to see whether Red Pandas are illegally hunted and the skins traded there,” says Stefan Ziegler.

An expansion of the WWF Red Panda Project to Nepal – where the Red Panda Network is already active – is also being considered for the future.

Check out the website of WWF Germany for additional Infos about the Red Panda Project (in German).

Here you can support the Red Panda Project.