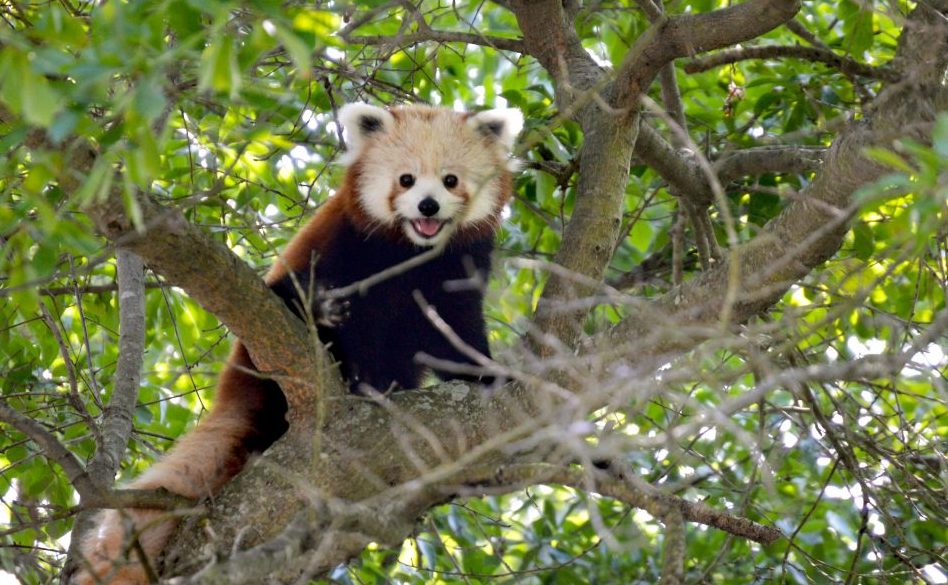 Red Panda Masu has moved to Virginia Zoo and was introduced this Sunday to her new exhibit. Photo: Virginia Zoo

Virginia Zoo in Norfolk has welcomed female Red Panda Masu. She was born in June 2016 at Denver Zoo and moved to Virginia Zoo under the recommendation of the Species Survival Plan (SSP) of the AZA. Together with two-year-old male Red Panda Timur she should provide for offspring.

In Masu’s acclimation period, which will take seven to ten days, Timur will stay in an off-exhibit holding area.

Virginia Zoo made headlines in January after female Red Panda Sunny broke out of the Red Panda enclosure at the Asia Trail. She is still missing – Red Pandazine reported. Staff at Virginia Zoo, however, has not given up hope.

Sunny’s mate Thomas is still at the zoo and will receive another mate. A recommendation by the SSP is not expected until after this summer.