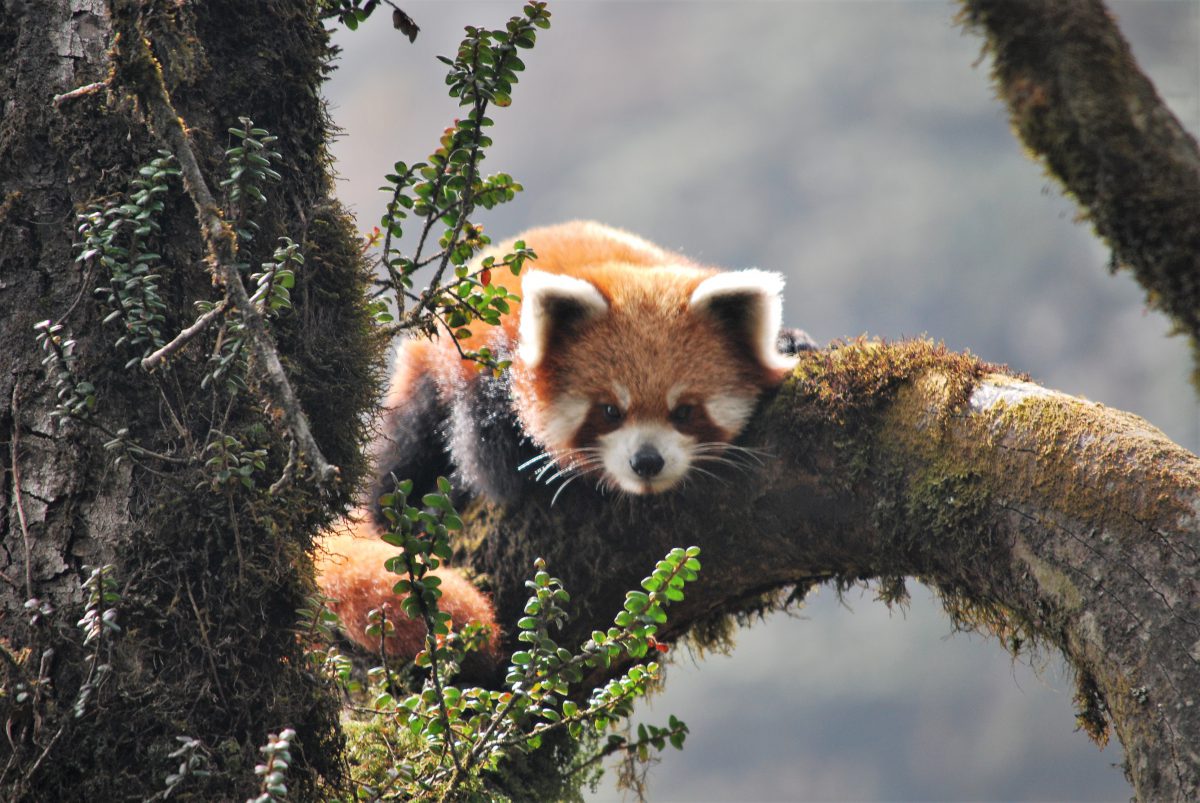 The Red Pandas of the 32.057 km2 covering Chitwan-Annapurma Landscape (CHAL) in central Nepal have been focused in a new large-scale study by a research team of the Red Panda Network.

Largest study of its kind

It offers interesting insights into the distributional status and the habitat use of the “sparsely studied” animals and is – according to the authors – the only study in Nepal “that covers such a large area with extensive field work to collect empirical data and anecdotal information on Red Pandas.” (1) 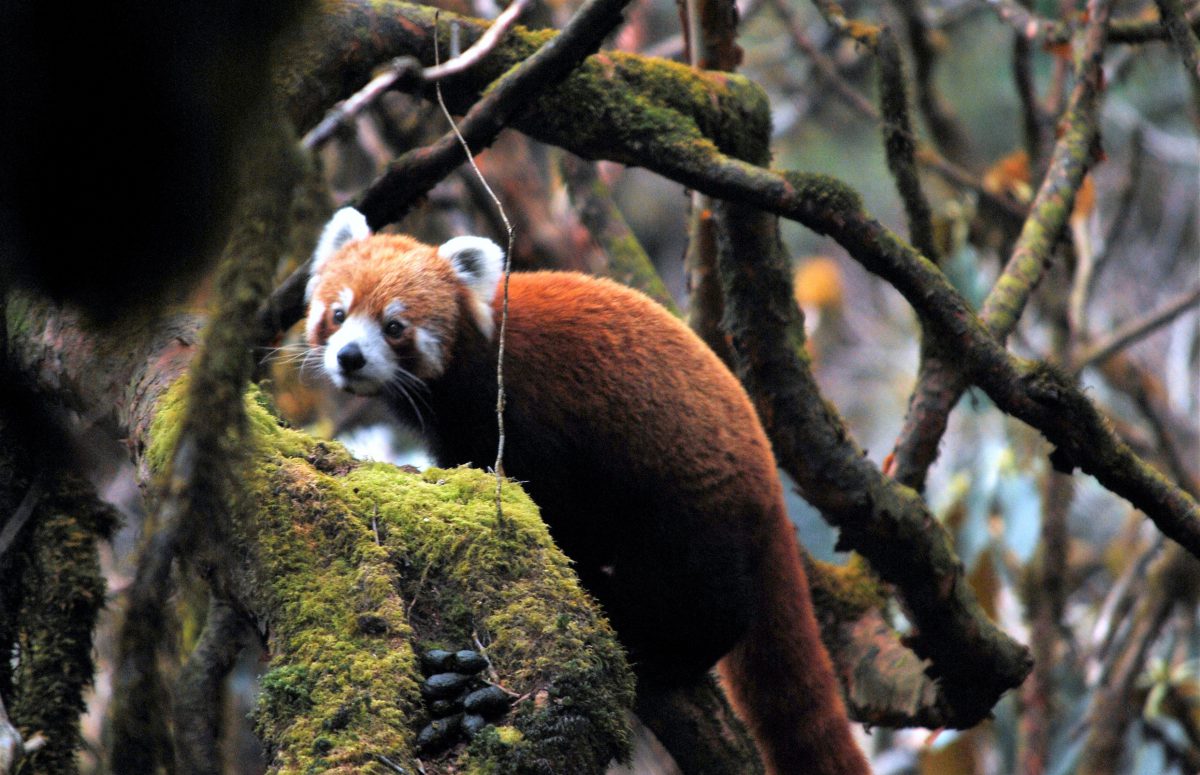 In March/April and September/October 2015 the researchers recorded 132 indirect signs (like droppings) and only 3 direct sightings of the very elusive animals. Local people have been consulted for additional information.

Unfortunately, the conclusion of the researchers is very alarming: due to habitat loss caused by unmanaged cattle grazing and forest fires (amongst other threats) and fragmentation there is an “urgent need of conservation action to be taken to reverse the scenario”. (1) 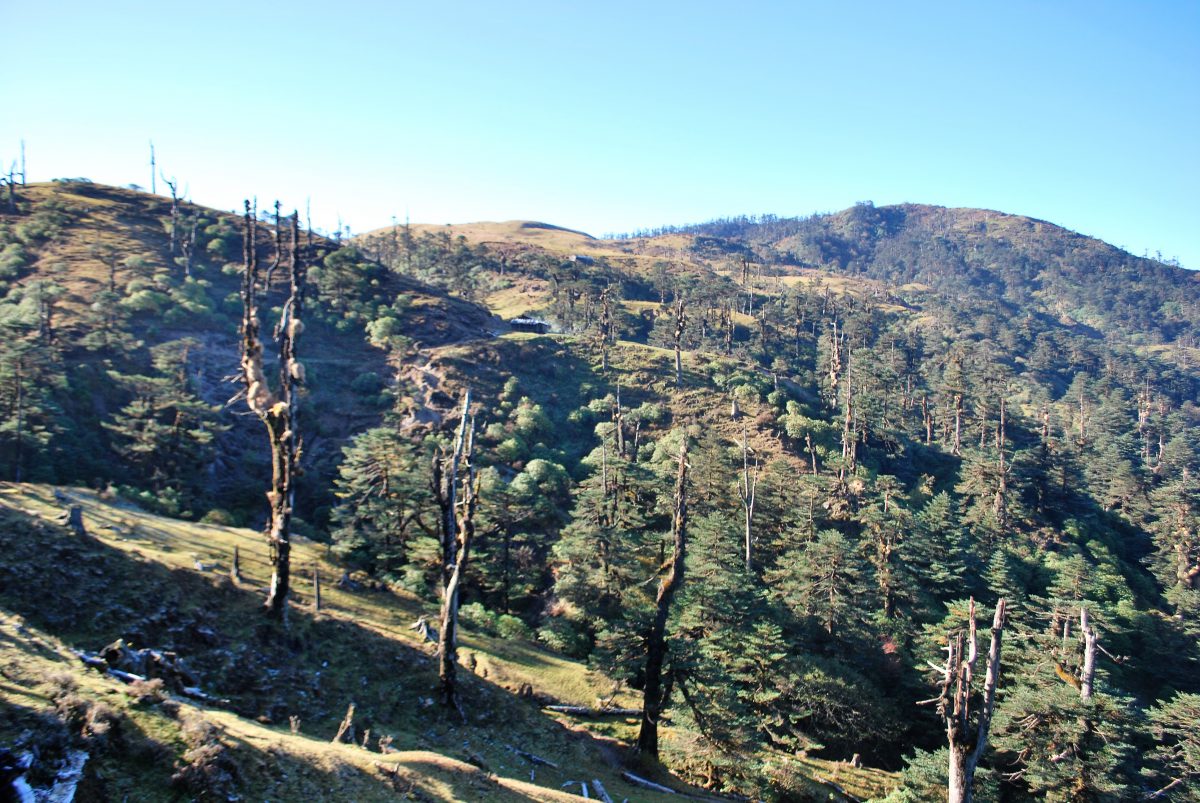 The research team recommends corridor development to link isolated habitat patches and – as there is a special importance of bamboo in the life of Red Pandas – the “conservation of at least two different native bamboo species within the Red Panda habitat”. (1) One bamboo species could compensate the loss of the other “during the mass flowering as length of flowering cycle varies with each species”.

Some highlights of the study 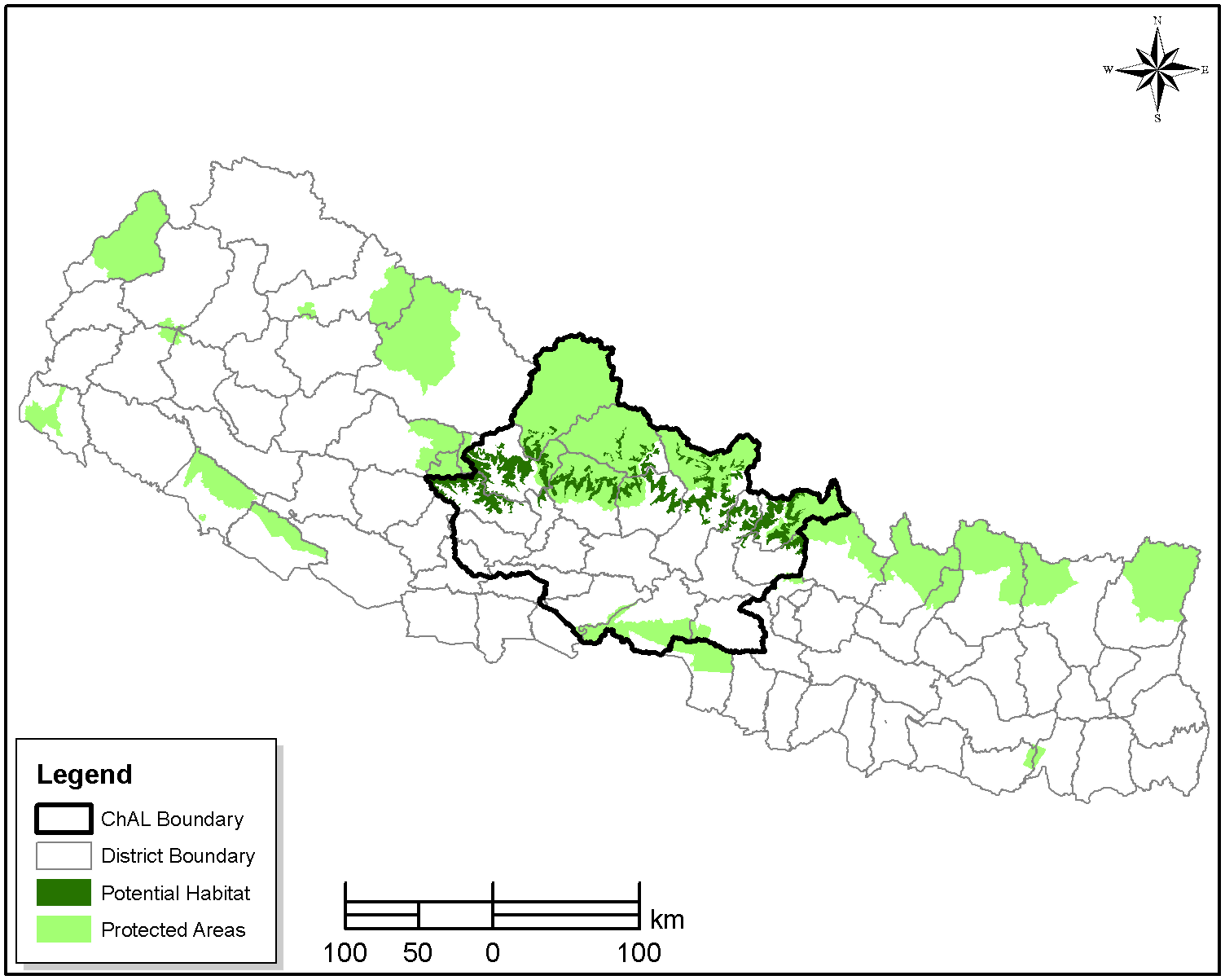 The Chitwan-Annapurna Landscape in central Nepal. Photo: CC BY 4.0 Credits

The areas in dark green show 1,904 km2 of potential habitat for the Red Pandas. An area is “potential” when it has an elevation range between 2,200 m and 4,000 m and is covered by forests. Nearly 41% of this potential habitat is part of the protected areas in CHAL (showed on the map in lighter green). 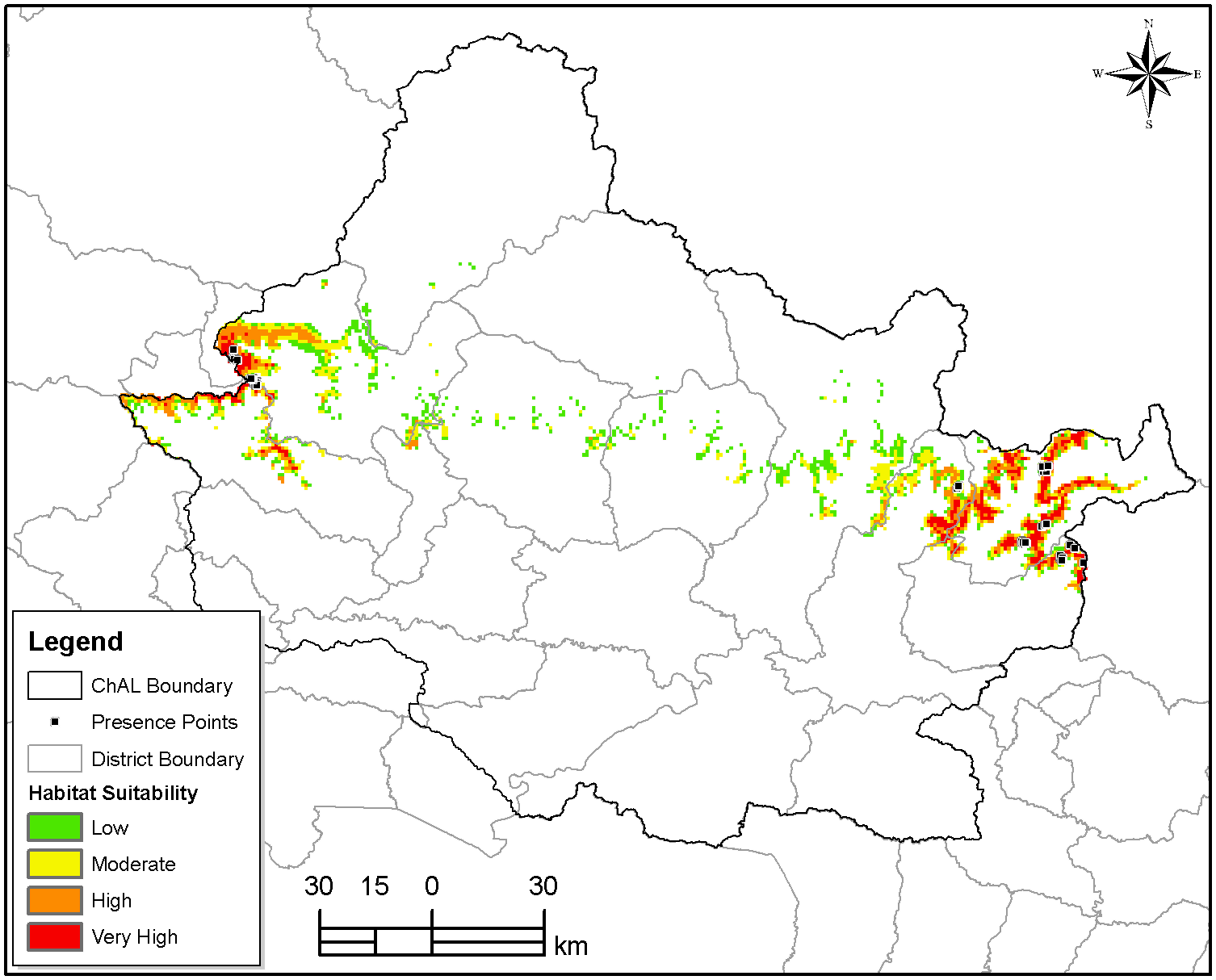 But only 316 km2 (or nearly 17%) of the potential habitat have a very high suitability. And only  218 km2 (or 7%) are occupied by Red Pandas. The map also shows that the majority of the habitat is on the eastern and western border areas of CHAL. 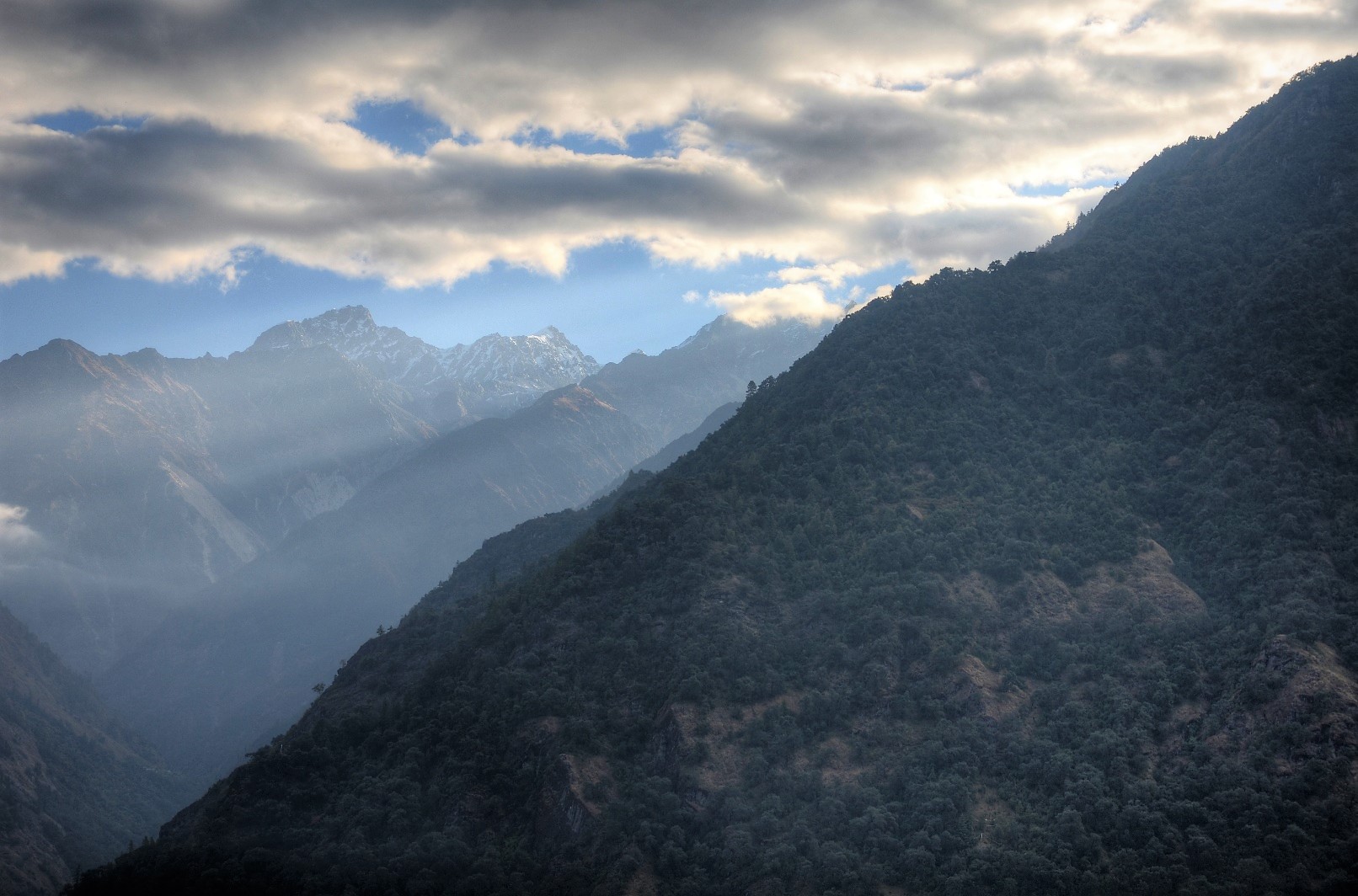 Langtang National Park is on the north-east of CHAL and also a Red Panda habitat. This photo shows the view from Thulo Syabru to the Langtang valley. Photo: Christian Hüpfer @flickr CC BY-SA 2.0 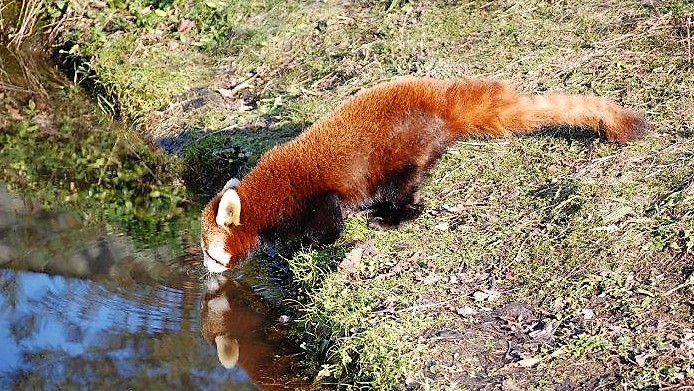 Red Pandas prefer to live close to a water source – not only in zoos like this one at Chester Zoo, but also in wildlife. Photo: “Red Panda” by Chester Zoo @flickr, CC BY-ND 2.0 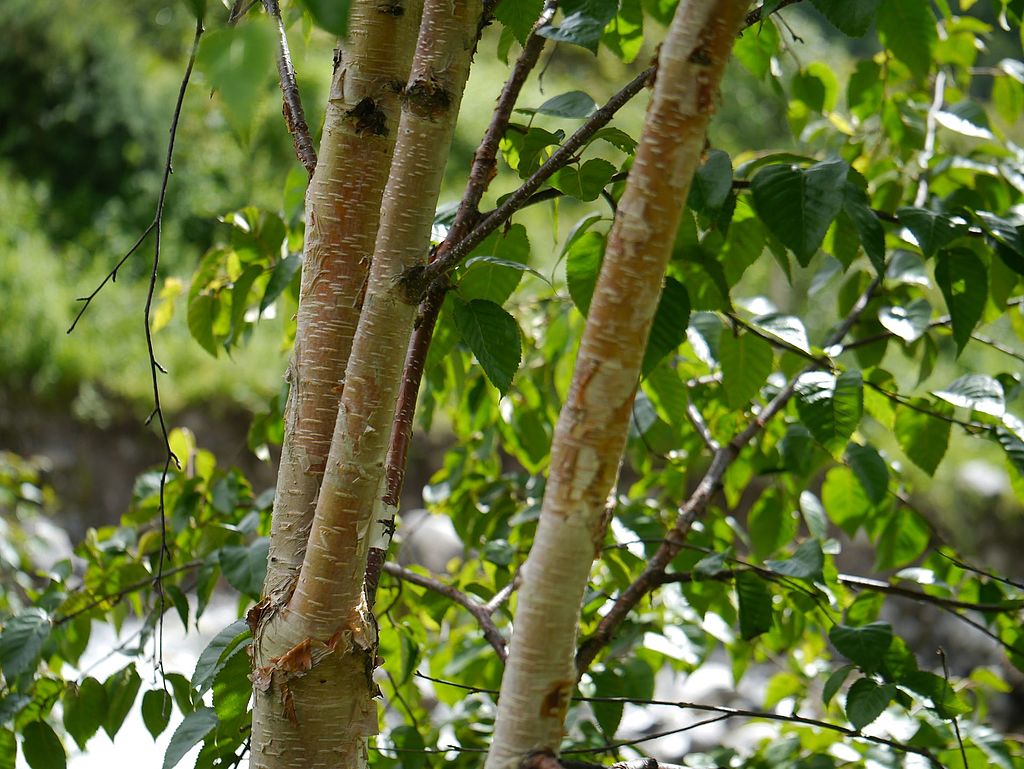 The tree of trust for Red Pandas: the Himalayan Birch. Photo by Dinesh Valke, CC BY-SA 2.0 via Wikimedia Commons 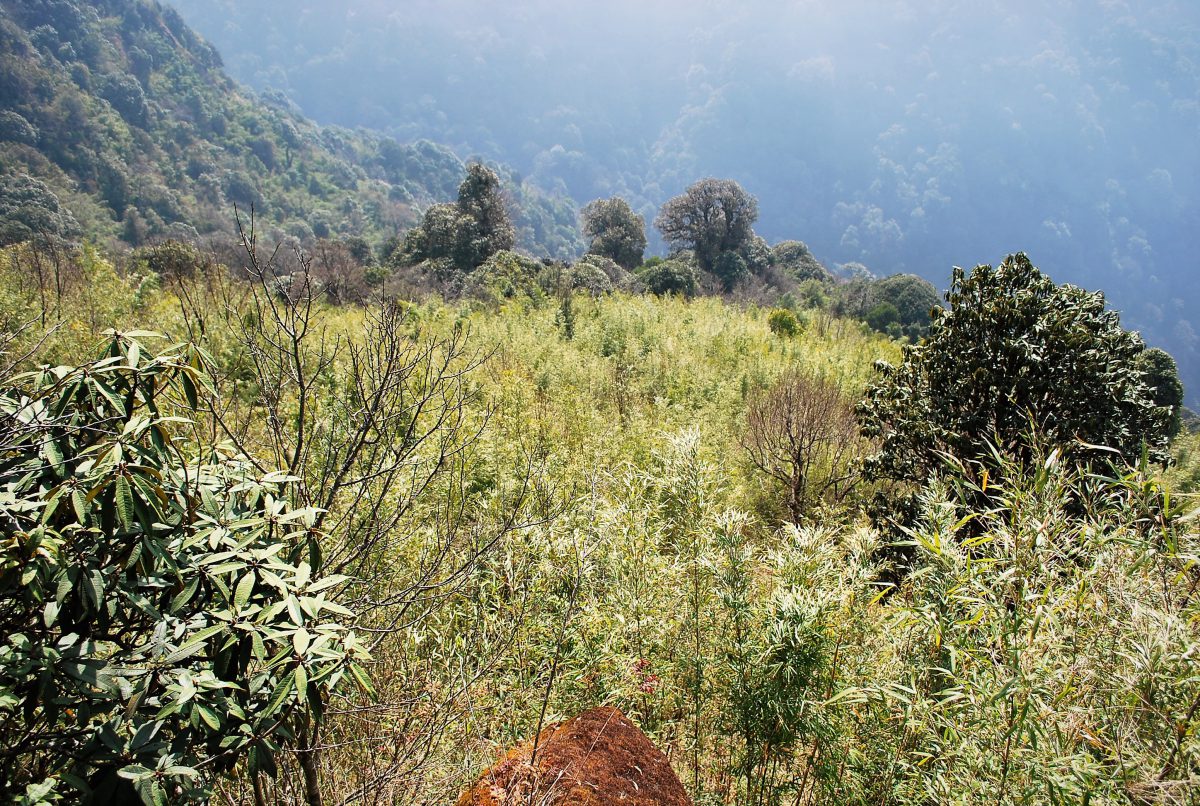 Not a surprise: “Bamboo was found to be highly significant in Red Panda distribution as bamboo was recorded in nearly 89% of the sign plots.” (1)

You can find the complete study with lots more information about the Red Panda status in CHAL at PLOS one.