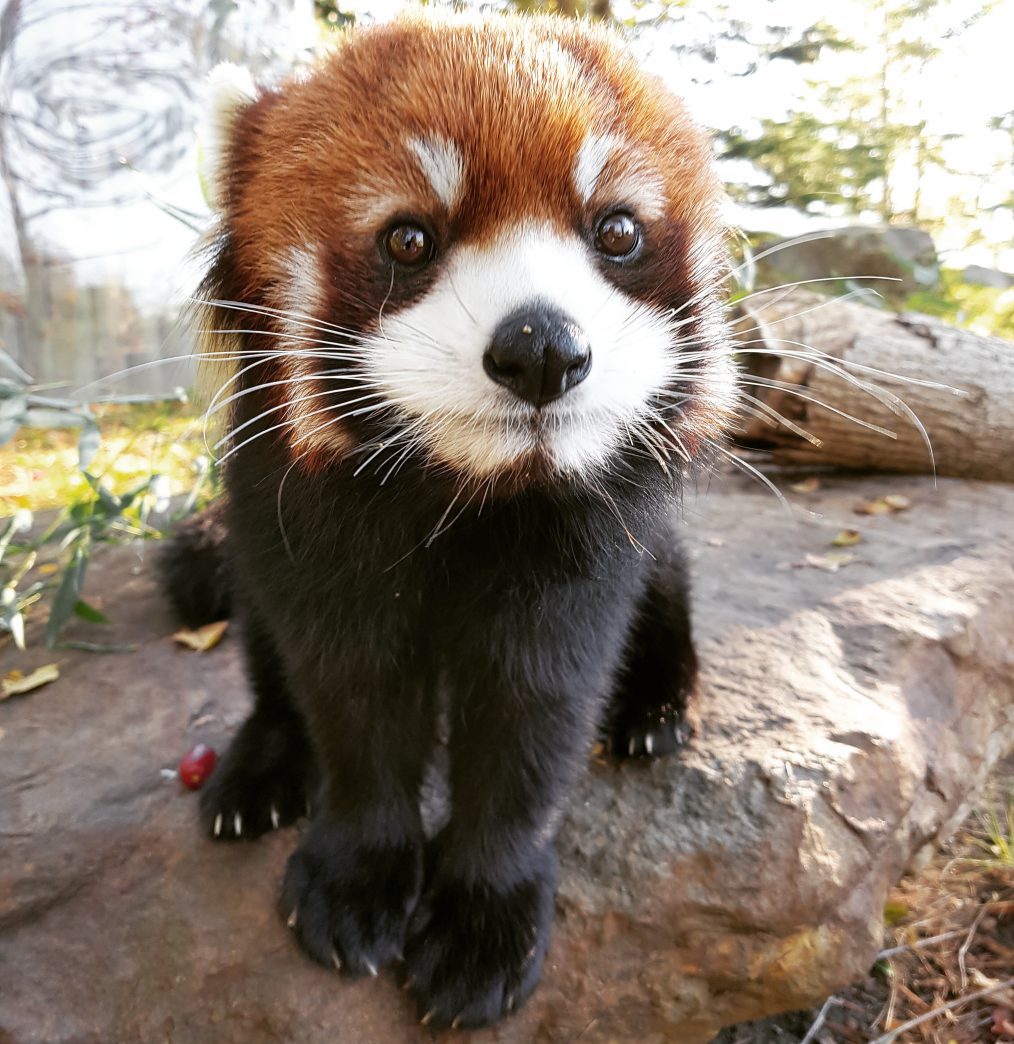 There’s a new Red Panda at Toronto Zoo (Canada) and her name is Malina.

She moved from Utica Zoo in New York – where she was born in 2015 – as part of the Red Panda Species Survival Plan (SSP). The Toronto Zoo is now looking for a young genetically matched male for her, because Malina should be the future breeding female Red Panda.

When she arrived, keepers descibed her as shy at first, but she warmed up quickly. She is also a very active Red Panda and loves to climb the trees in her new home.

Malina looks very similar to the other Red Panda of the Toronto Zoo, called Ralphie, but Malina can be distinguished by her long white tuff of hair on the base of her ears.