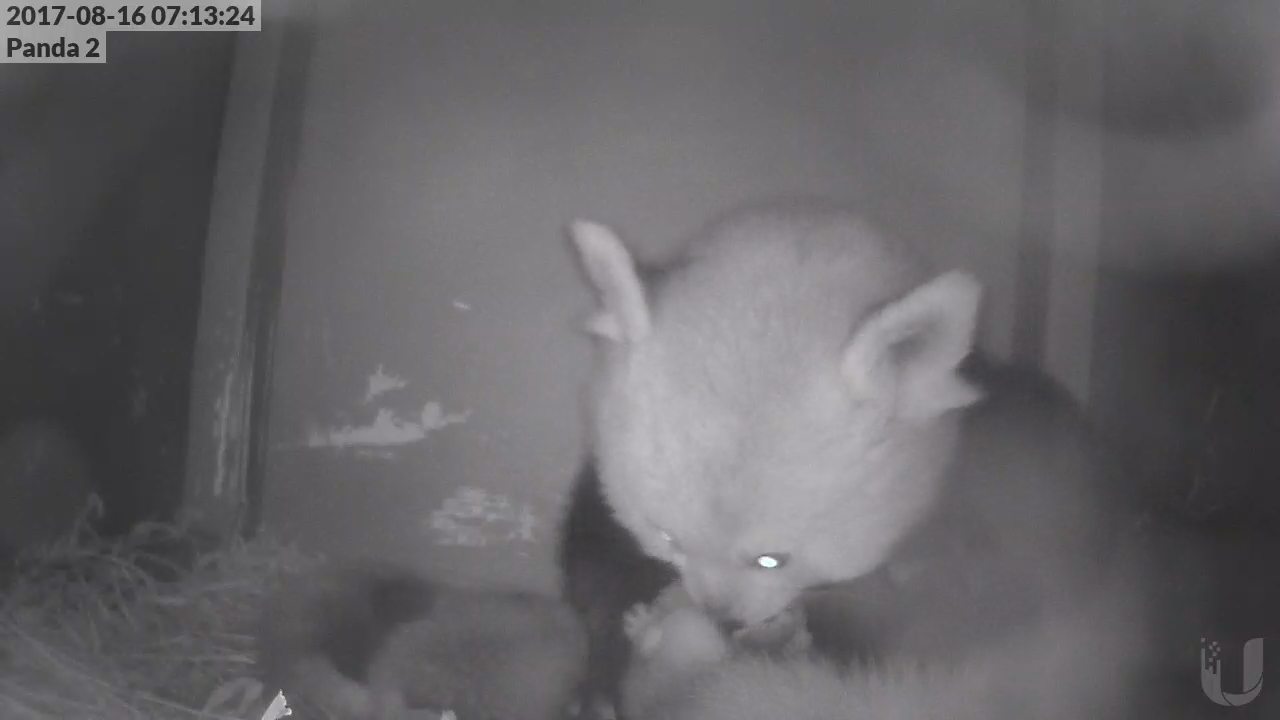 Red Panda Ember of Garden City’s Lee Richardson Zoo (KS) has lost one of her three cubs. On Friday, October 6, the veterinary staff had to euthanize the smallest of the three boys born August 12th.

The small cub was losing weight, so the stuff decided to give him supplemental feedings. But on Tuesday the cub needed to be moved to the veterinary clinic for tube feeding and attention to a penial injury. Unfortunately, the little Red Panda didn’t make it.

“The littlest one may have only been with us for a little while, but it hurts to have lost him. The two other cubs are doing well. One is big for his age, and the other is gaining weight more quickly than he was, since there’s less competition,” said Sarah Colman, General Curator.

Mother Ember and her two cubs are still indoors and may be visible in the next weeks.

According to the zoo another cub, Sparky, died on December 9. He suffered from respiratory distress. According to the website of the zoo “preliminary necropsy findings suggest the cub inhaled some of his food, causing damage and inflammation to his lungs”.

The official statement of the Lee Richardson Zoo and the posting on their Facebook page with a photo of the cub.

And here’s our story about the birth of the three cubs: