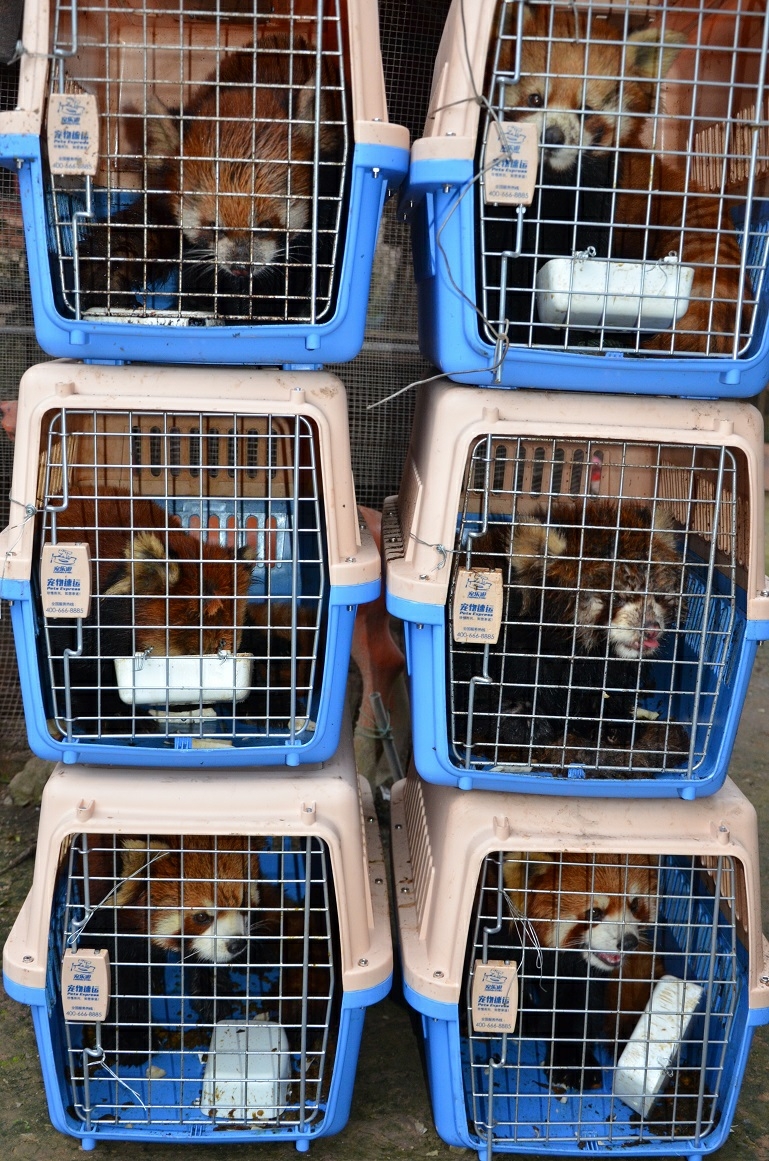 Six Red Pandas were rescued – but three were in such bad shape that they died shortly after. Photo: Free The Bears

Last friday the Australian wildlife-protection organisation Free The Bears has rescued six Red Pandas from wildlife traffickers. The animals were discovered during a random inspection of a van near the city of Luang Namtha in northern Laos on the border to China.

Laos in its region. Illustration: By TUBS – Own work This vector graphics image was created with Adobe Illustrator. This file was uploaded with Commonist. This vector image includes elements that have been taken or adapted from this:  World location map (W3).svg (by TUBS)., CC BY-SA 3.0, Link

According to Free The Bears, this is the first time in the history of Laos that Red Pandas have been confiscated. 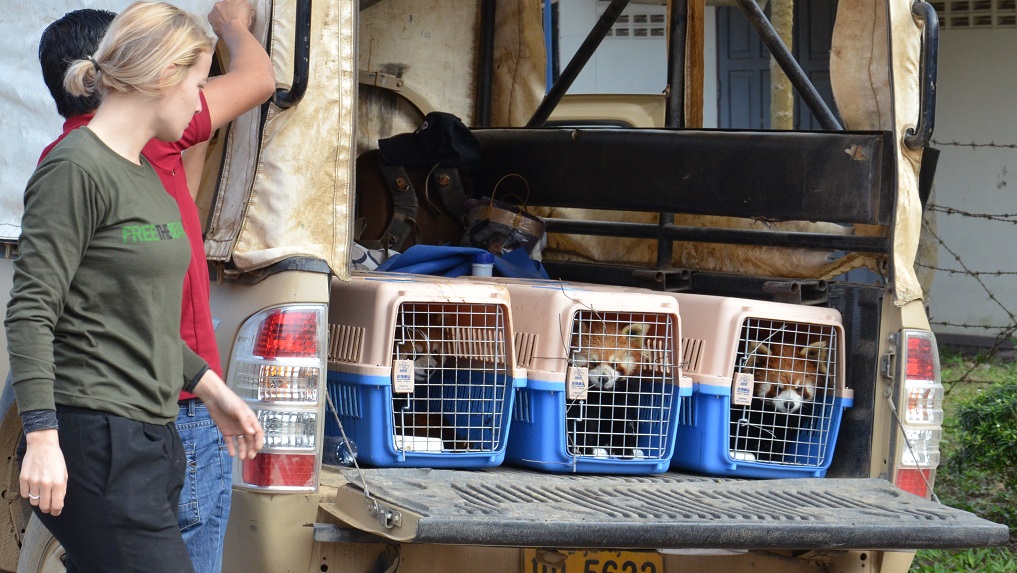 The animals were transported in crates. Three of the Red Pandas were in such poor condition that they passed away short after the rescue.

The exact causes of death could not be determined at the request of Red Pandazine. However, the strain has added heavily to the sensitive Red Pandas. The poachers brought the Red Pandas over an unguarded border and then loaded them into a van in Laos. The driver of the vehicle has been arrested. 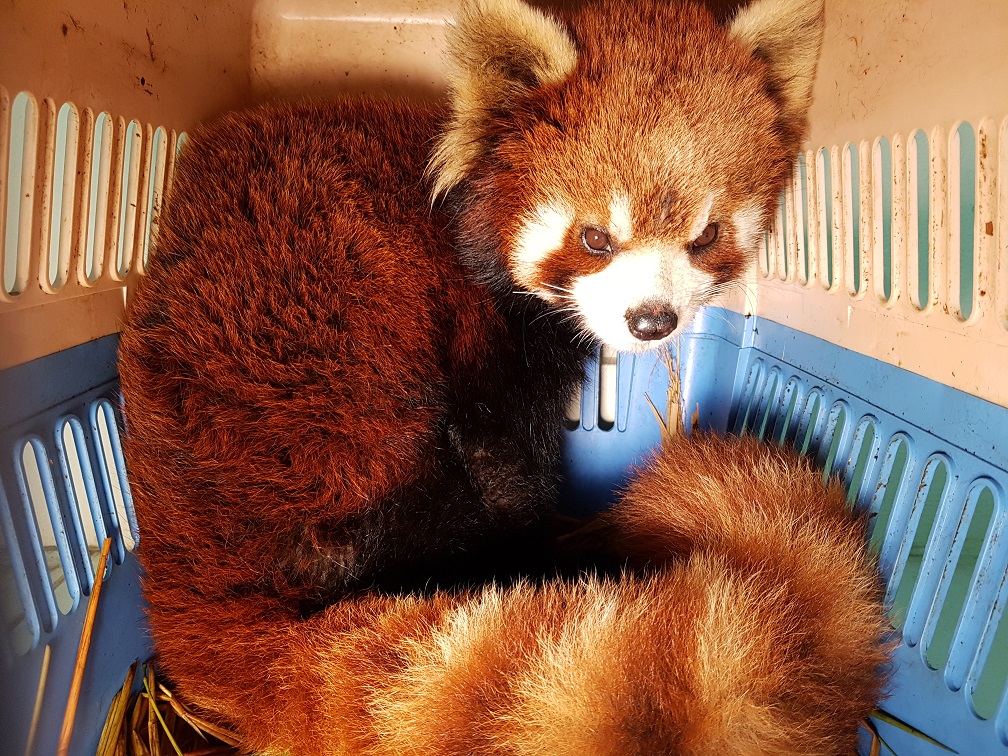 One of the rescued Red Pandas in a transport box. Photo: Free The Bears

“It’s unusual to see endangered animals being smuggled out of China, which perhaps indicates the animals were destined for the growing exotic pet trade, much of which is carried out online to avoid detection,” says Matt Hunt, CEO of Free The Bears.

The wildlife-protection organization is now taking care of the remaining three Red Pandas in the Luang Prabang Wildlife Sanctuary in northern Laos. Currently they are quarantined but they look healthy and are eating food. “Although these aren’t bears, we’re pleased to be able to assist Laos’ authorities in combatting this insipid black market trade and we’re really hoping these beautiful pandas will recover from this traumatic experience,” says Mr Hunt. 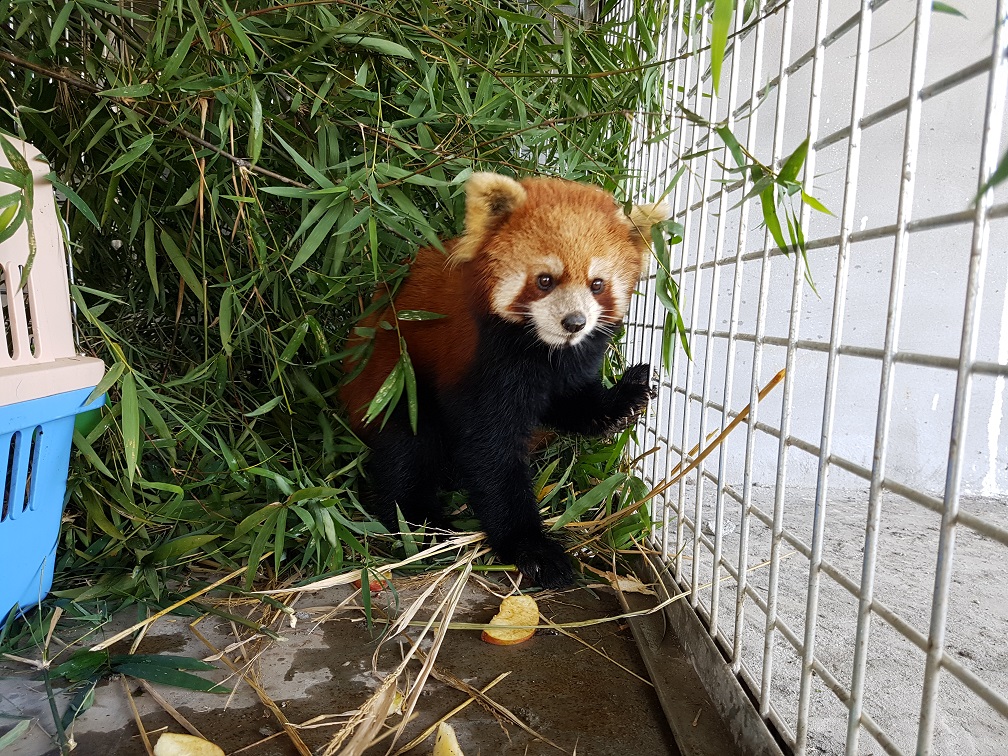 Quarantine, treatment and rehabilitation for this Red Panda at Luang Prabang Wildlife Sanctuary in Laos. Photo: Free The Bears

Red Pandazine tries to bring regular updates about the Red Pandas in Laos.

A touching video from Free The Bears shows the dramatic moments of the Red Panda rescue. The poor state of health of the animals is clearly recognizable.

Check out the website of Free The Bears where you can also support the work with a donation.

And this post explains, why Red Pandas aren’t pets: