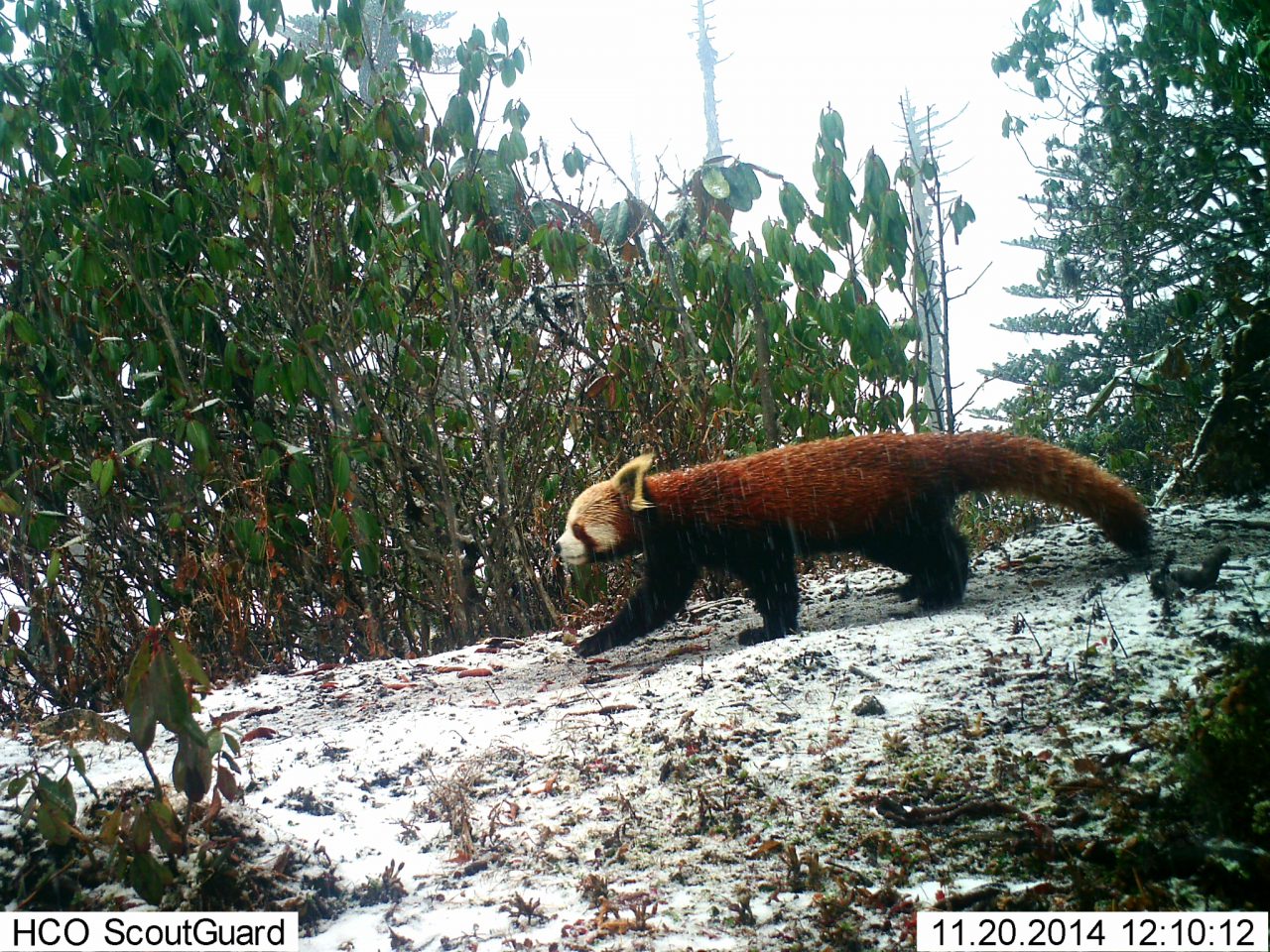 A Red Panda in the Sakteng Wildlife Sanctuary in Bhutan. The picture was taken with a camera trap. Photo: Joanne Millar/Red Panda Bhutan Project

The Sakteng Wildlife Sanctuary in the far east of Bhutan has suffered severe losses of fertile soil in recent years. This also affects the population of Red Pandas, of which about 30 are suspected in this region. To protect them, the Charles Sturt University (CSU) in Albury, Australia is working with WWF Bhutan, the government of the country and 120 families of the Brokpas, a semi-nomadic community of herders.

In an e-mail interview, project head Dr. Joanne Millar from the Institute for Land, Water and Society of the CSU explains what measures are to be taken to protect Red Pandas and the livelihoods of the Brokpas – and why poaching is not an issue in Bhutan.

Red Pandazine: When and why did the conservation project start?

Dr. Joanne Millar: The project is addressing severe land degradation and loss of Red Panda habitat around Sakteng Wildlife Sanctuary in Bhutan. It started in May 2016 and will run for 3 years. 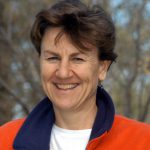 Red Pandazine: Why is land degradation such a problem in this region?

Dr. Joanne Millar: Cattle numbers have increased over the last 20 years in response to increasing human population and desire to increase milk yield for making commercial cheese. Stocking rates are too high for the limited area available particularly in winter grazing areas. This has resulted in overgrazing of pasture, lopping of trees and gully erosion. Heavy rain events associated with climate change have exacerbated the situation causing flash flooding and massive slumping. Grazing of bamboo and flowering events have reduced the available bamboo fodder for Red Pandas. 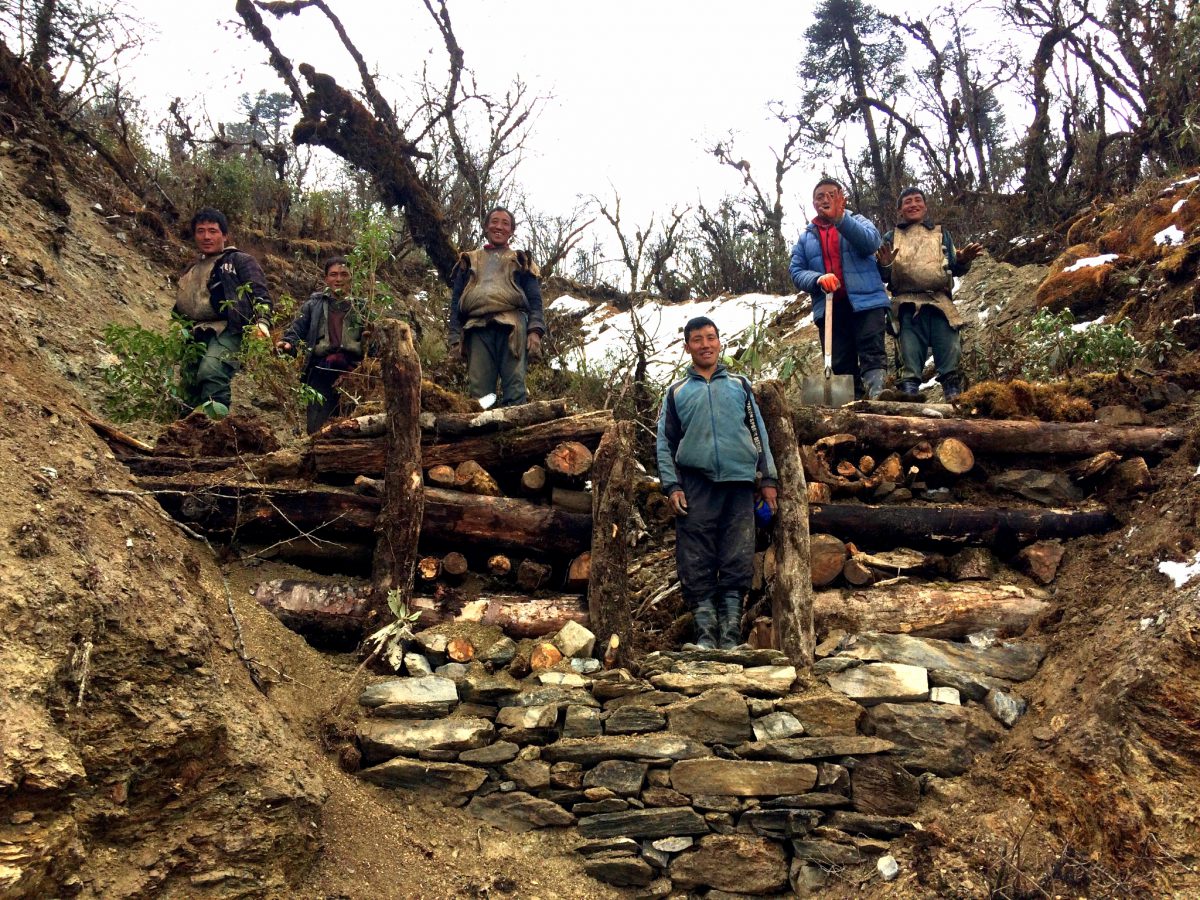 Brokpas working on the Red Panda conservation project in eastern Bhutan. A large part of the semi-nomadic herder people make a living from livestock breeding and keep yaks and cattle grazing at altitudes of 3,000 to 5,000 m. Photo: Joanne Millar/Red Panda Bhutan Project

Red Pandazine: The Brokpas, semi-nomadic herders, live in the area of the Sakteng Wildlife Sanctuary. What role do those families play in this conservation project?

Dr. Joanne Millar: The 120 herding families involved in the project are from Merak village. They are involved in planning and implementing fencing, revegetation and building check dams. They are about to sow perennial pasture at the winter grazing areas to boost fodder yields and reduce reliance on tree lopping. After a study tour to Sikkim to learn about Red Panda conservation, some families are now interested in planting bamboo for Red Pandas and controlling livestock in the hope of bringing them back to the area. They can now see the potential to attract tourists and provide home-stays. 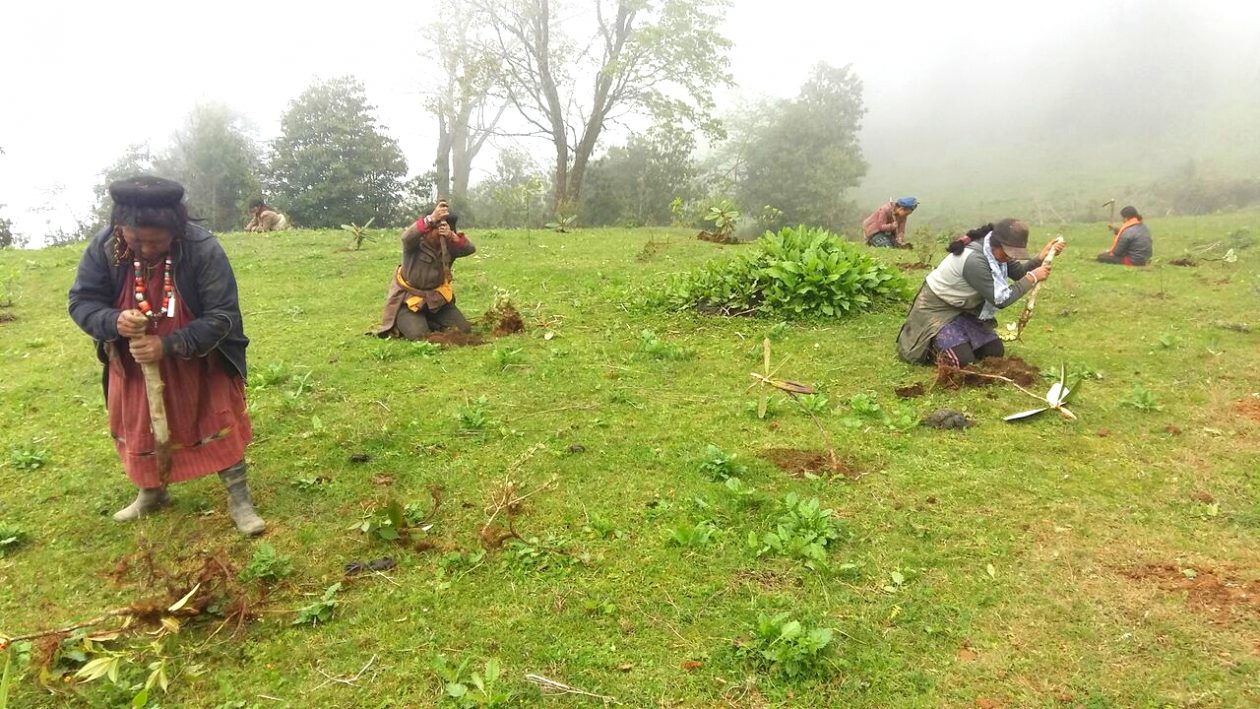 The vegetation affected by intensive use as pasture land is to be restored. Photo: Joanne Millar/Red Panda Bhutan Project

Dr. Joanne Millar: No-one has been caught poaching to date so it assumed to be non-existent or low. This may be due to Bhutanese honouring red pandas as a sacred animal. They believe it is good luck if you see one. There is also a strong Buddhist doctrine of not killing animals.

The Charles Sturt University Australia, WWF Bhutan and the government of Bhutan are participating in the conservation project. It is also supported by the Red Panda Network. The project is headed by Dr. Joanne Millar – she visits Bhutan once a year – and her colleague Dr. Karma Tenzing is responsible for coordinating the project and is travelling to Bhutan every six months.

The most important measures include:

Check out the official blog of the Red Panda Project in Bhutan.

A workshop on the protection of Red Pandas was held in Trashigang in eastern Bhutan from 1-3 May.