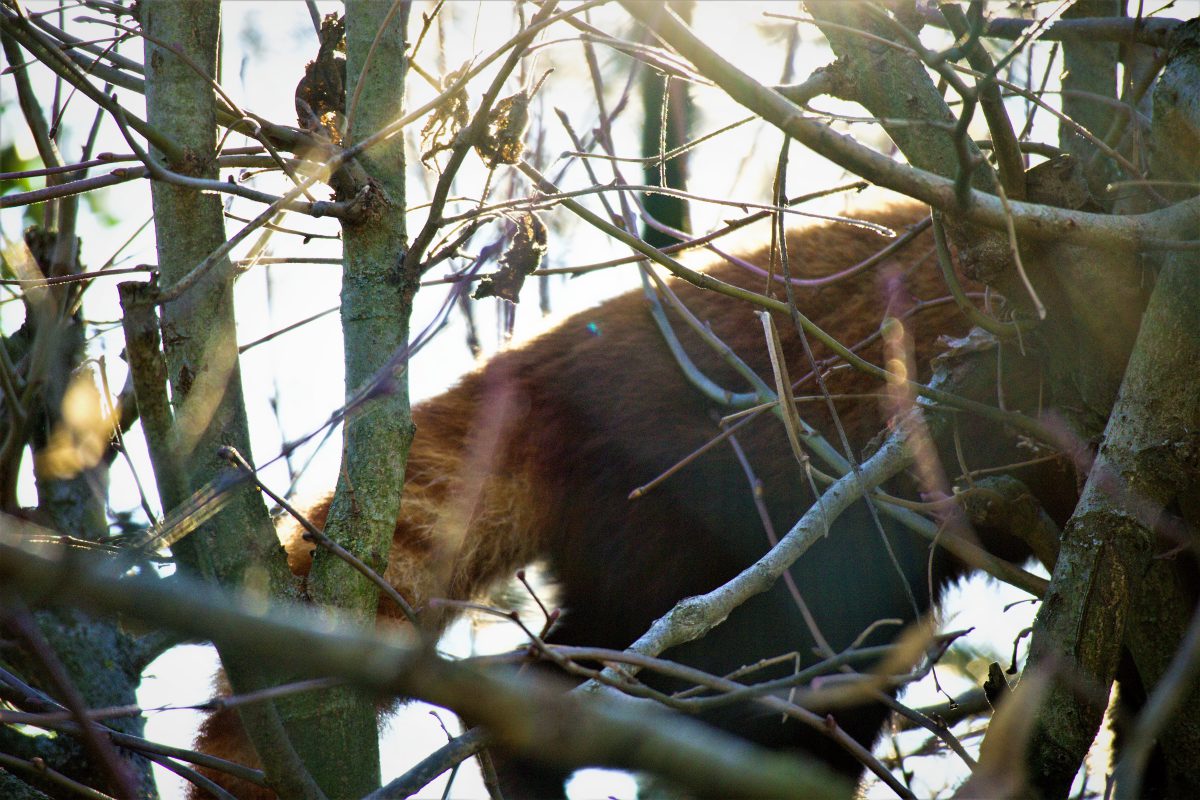 Zeya had climbed on a tree next to the panda enclosure, was lured with food and returned safely to her home around midnight.

Ila had already moved a little further and had also settled on a tall tree. Animal keepers and the safety staff secured the area and waited for Ila to climb down on her own. This was to prevent the animal from falling down in fear. With apples, her favourite food, she was finally lured from the tree and returned to the enclosure the following day at noon.

An examination by the zoo’s veterinary team did not reveal any injuries to the Red Pandas. However, an animal keeper got a small bite and scratch while rescuing Ila.

Zeya and Ila were born on June 19, 2018 to Hazel and Yukiko. Red Pandazine reported: