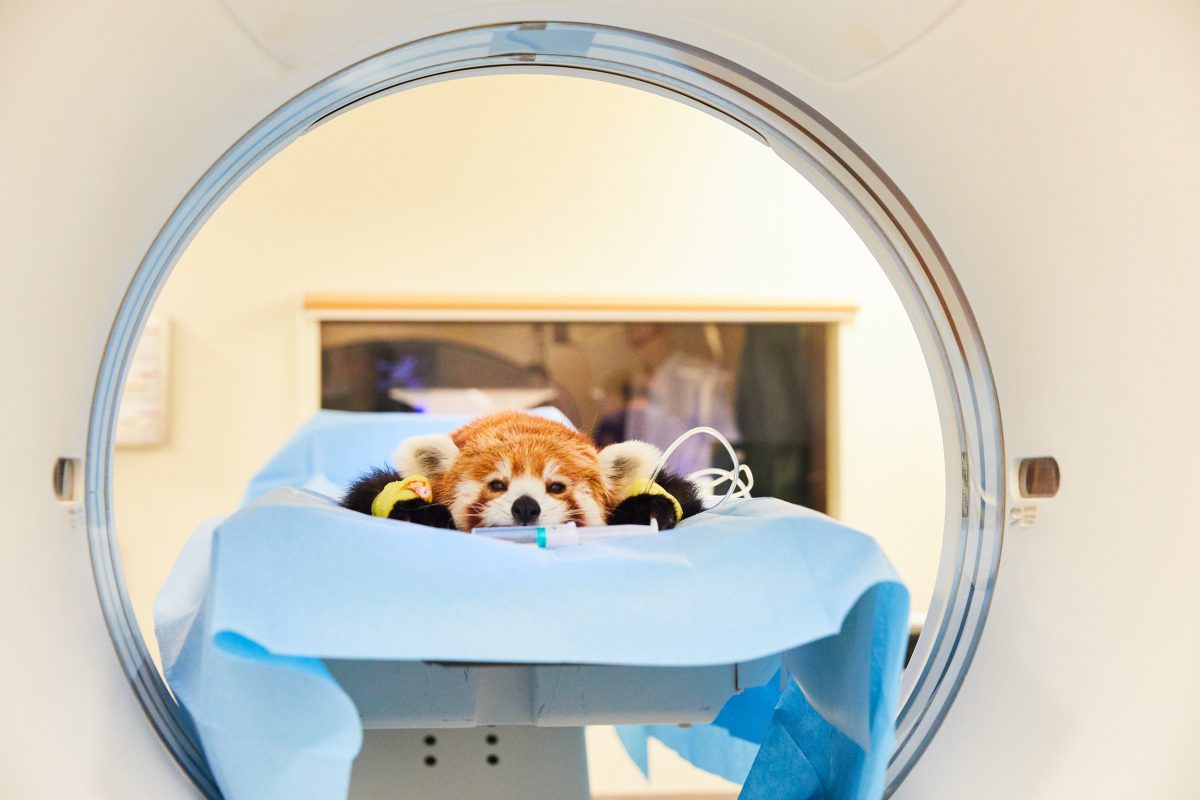 An unusual patient was seen at the Helios Kliniken Schwerin (Germany) in November 2019. Polly, the five-year-old female Red Panda from the Schwerin Zoo, had lost both hair and weight in recent weeks for inexplicable reasons. During an X-ray examination, a veterinarian found thickened lymph nodes, but the exact cause could not be determined.

A computer tomography (CT) at the Helios Kliniken Schwerin provided clarity. Polly was the first animal to undergo such an examination at this hospital. The mayor of Schwerin, a former radiologist, had arranged the scan. 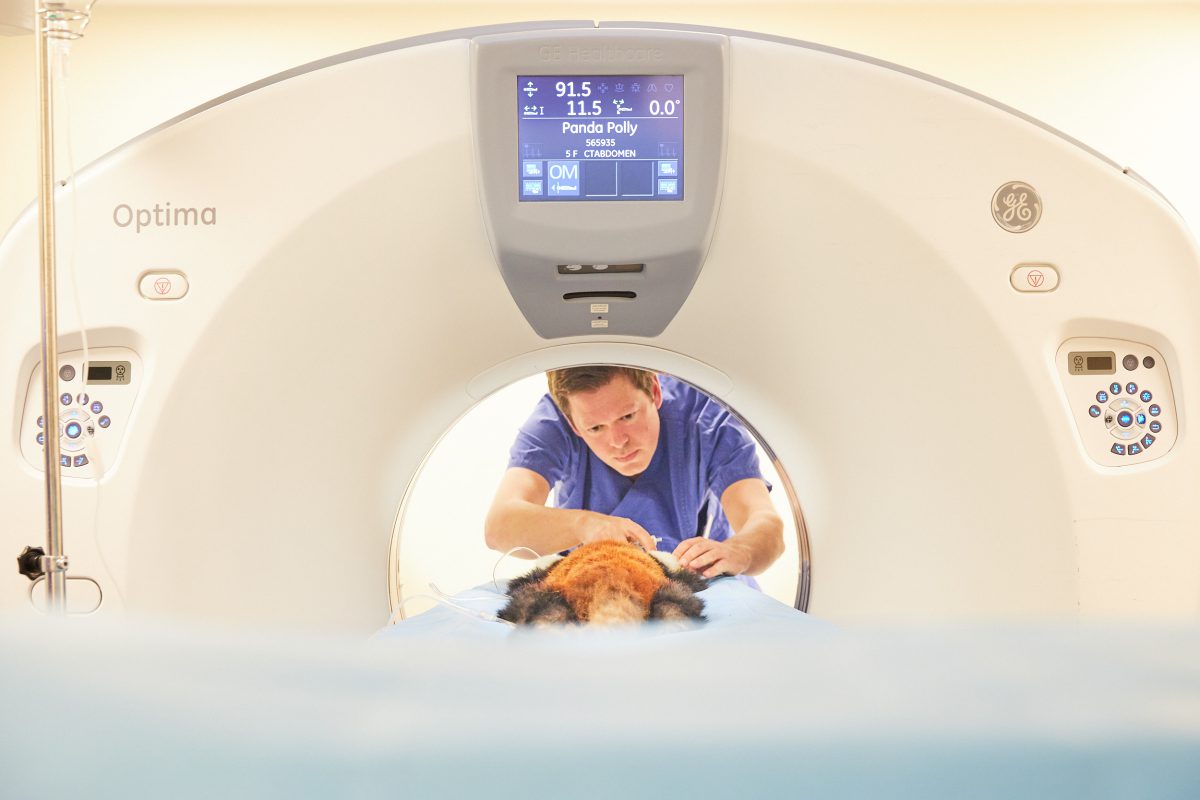 In a CT scan, the patient has to stay still. If the patient is a Red Panda, this is naturally a difficult task. For this reason Polly was put under anaesthesia by veterinarian Dr. Gerd Ricker at the “Tierklinik Schwerin”, an animal clinic. Afterwards she was brought to the Helios Kliniken Schwerin.

From a medical point of view, Polly was a challenge. Dr. Karsten Alfke spoke of an “anatomy of the animal unknown to radiologists”. For this reason, the radiology team had to coordinate very closely with the veterinarian and the animal keeper. 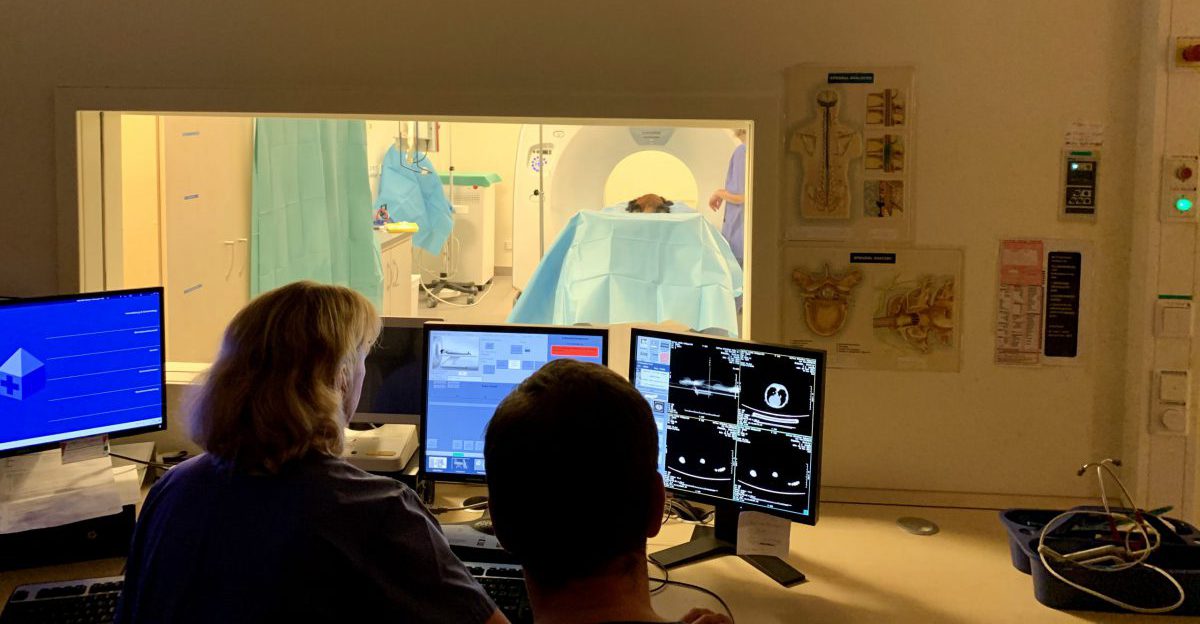 Polly had to stay for about two hours, then she returned to the zoo in Schwerin. 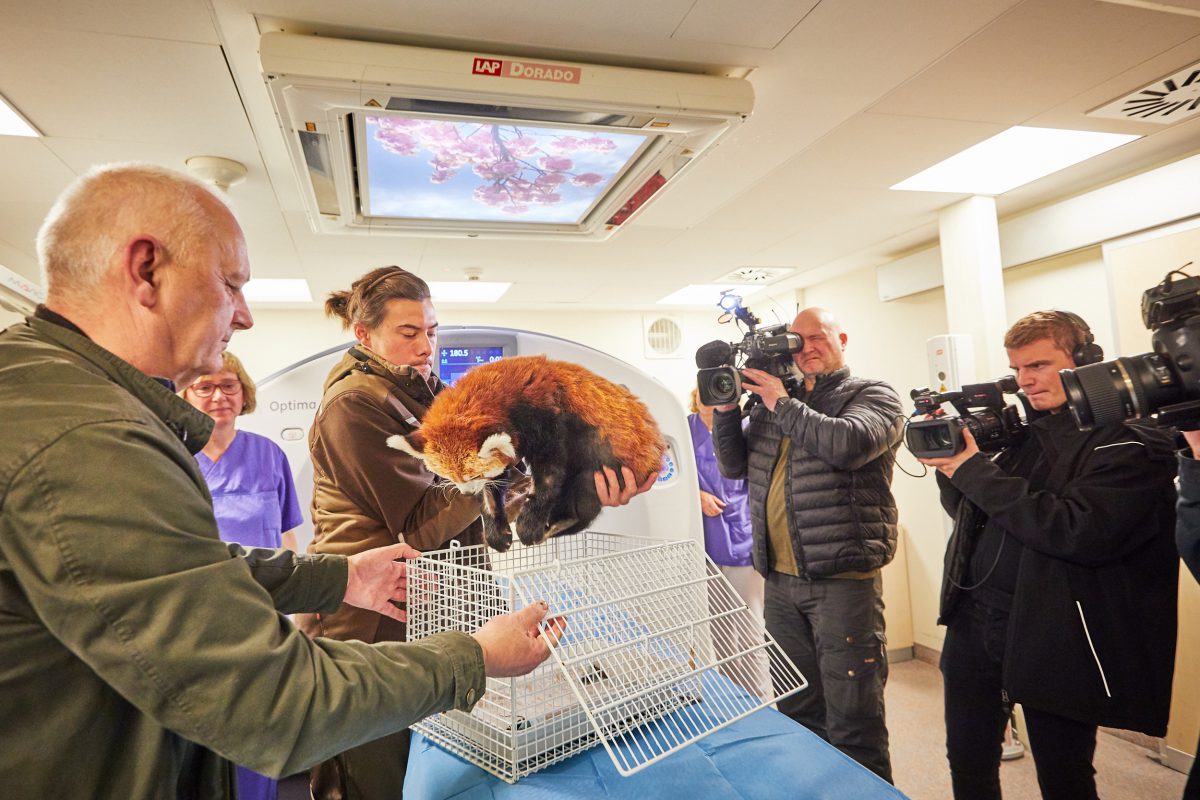 The most important finding from the computer tomography: Polly fortunately does not suffer from cancer. “She shows no abnormalities, malignant changes in the organs or similar can be ruled out,” says chief physician Dr. Alfke. However, the radiologists did find a benign growth on the nose. Whether this needs to be treated is currently being clarified at Schwerin Zoo. 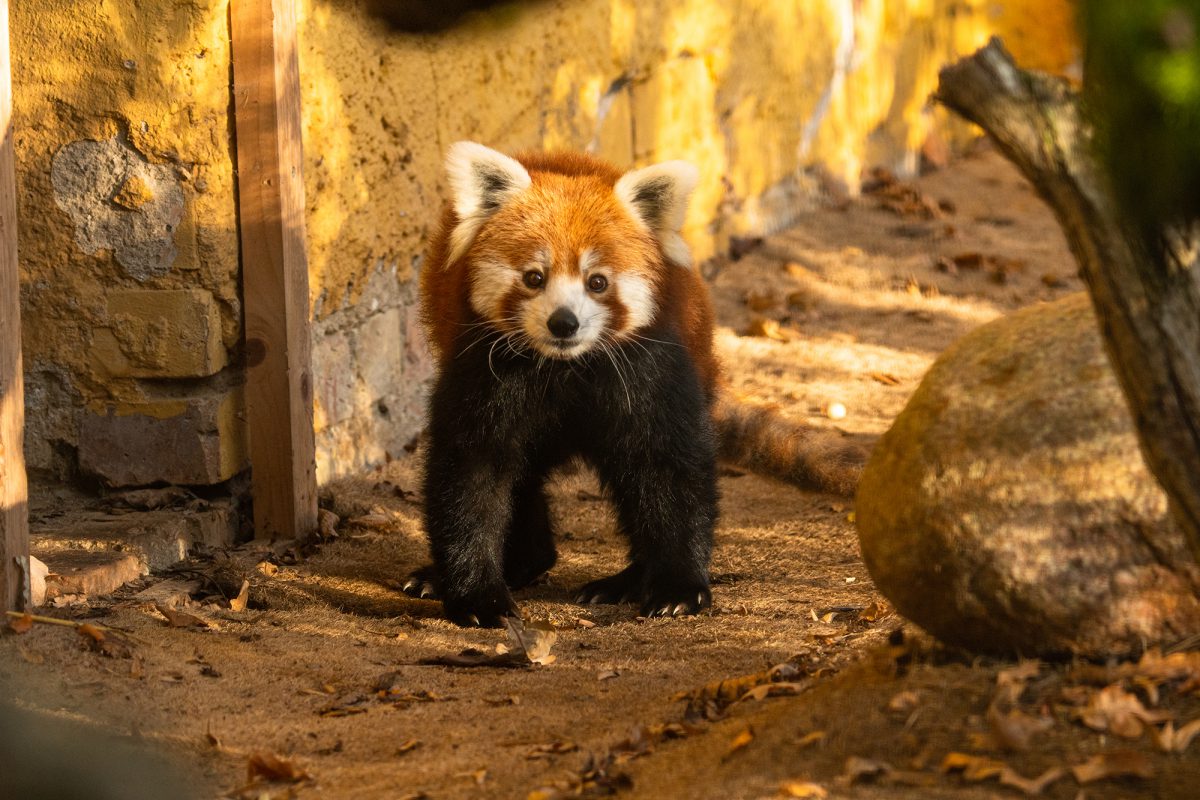 After the check, Polly was placed in a transitional enclosure at Schwerin Zoo. Photo: Zoo Schwerin