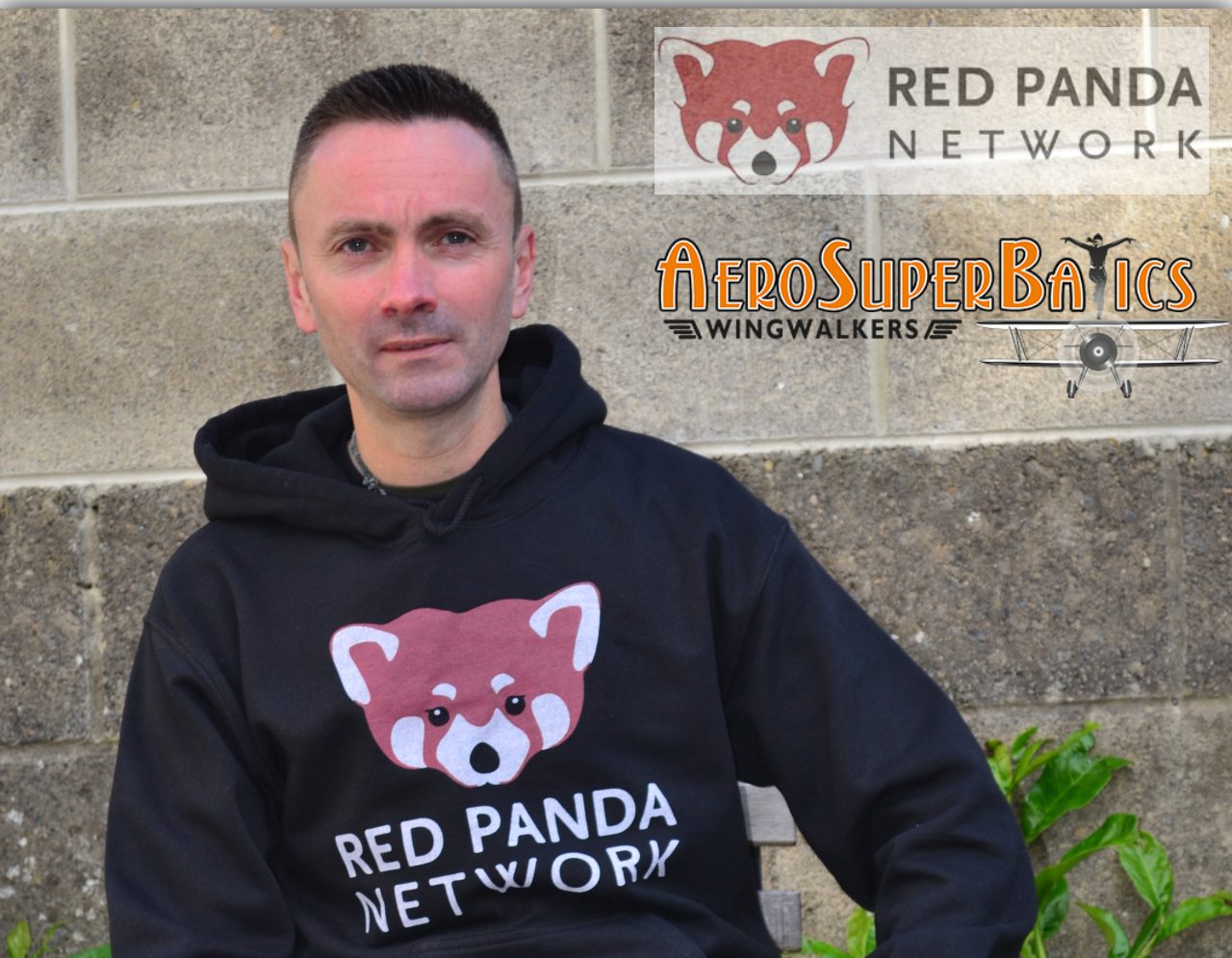 For his favourite animal, the Red Panda, Irish pilot and photographer Jason Phelan is about to perform a daring stunt. He will be strapped to the top wing of a Boeing Stearman, a biplane from the 1930s. During his “Wingwalk” the plane reaches a speed of 130 km/h. Phelan’s aim with this action is to raise more awareness for the Red Panda and funds for the Red Panda Network.

Red Pandazine: What fascinates you about Red Pandas?

Jason Phelan: My passion for Red Pandas started almost 20 years ago at Dudley Zoological Gardens in the West Midlands, England. This has continued here in Ireland following a move from the UK,  with Dublin Zoo’s animal adoption program. It’s their cuteness and vulnerability that led me to be involved in more ways than just adoptions.

Red Pandazine: A lot of people think that the Red Panda is a “red fox”. How can the knowledge about this animal be improved?

Jason Phelan: There is a misconception surrounding the Red Panda. This has been more evident since setting up my dedicated page and also my fundraising event. The majority of people believe they are racoons or small bears and not at all pandas. I find myself more often explaining the history of the Red Panda and also that the species falls into its own scientific class.

Red Pandazine: Have you ever been to Nepal yourself to observe Red Pandas in the wild?

Jason Phelan: I have yet to have the opportunity to go to Nepal to witness the Red Pandas in their own environment. However, this is on my to do list in the near future. 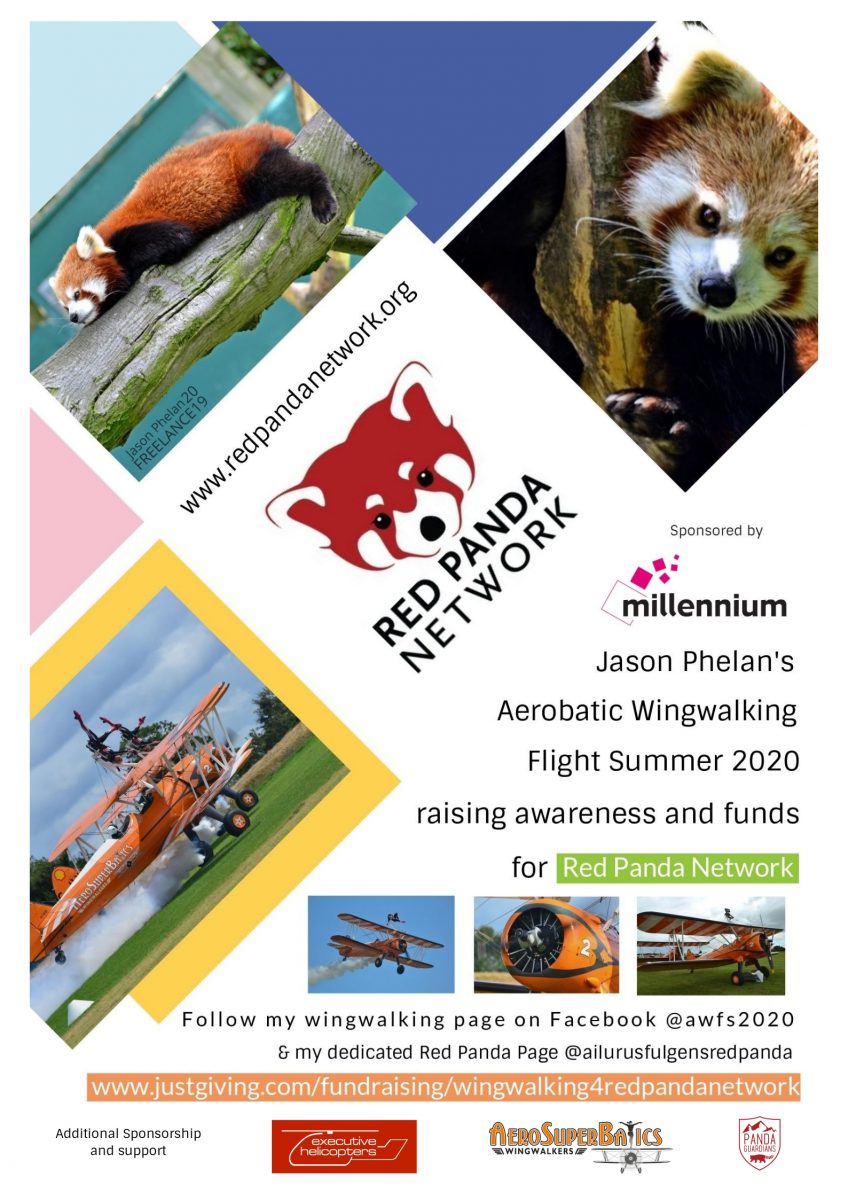 Red Pandazine: The habitat of the Red Pandas is under multiple threats (deforestation, climate change, illegal animal trade etc.). What can we do to help?

Jason Phelan: Education of the local communities is a key aspect as well as pushing for the government to also do more to protect the species. I support the Red Panda Networks continued work in this area and results are being seen including through their Panda Guardians programme.

Red Pandazine: Do you already have a place and date for the “Wingwalk” in Ireland?

Jason Phelan: We are still awaiting the teams schedule for 2020, but it is hoped that the window of opportunity will be between 27th July – 3rd August 2020 depending on weather and aircraft serviceability. The alternative is to fly over to their home base near Cirencester, Glos, United Kingdom in September 2020.