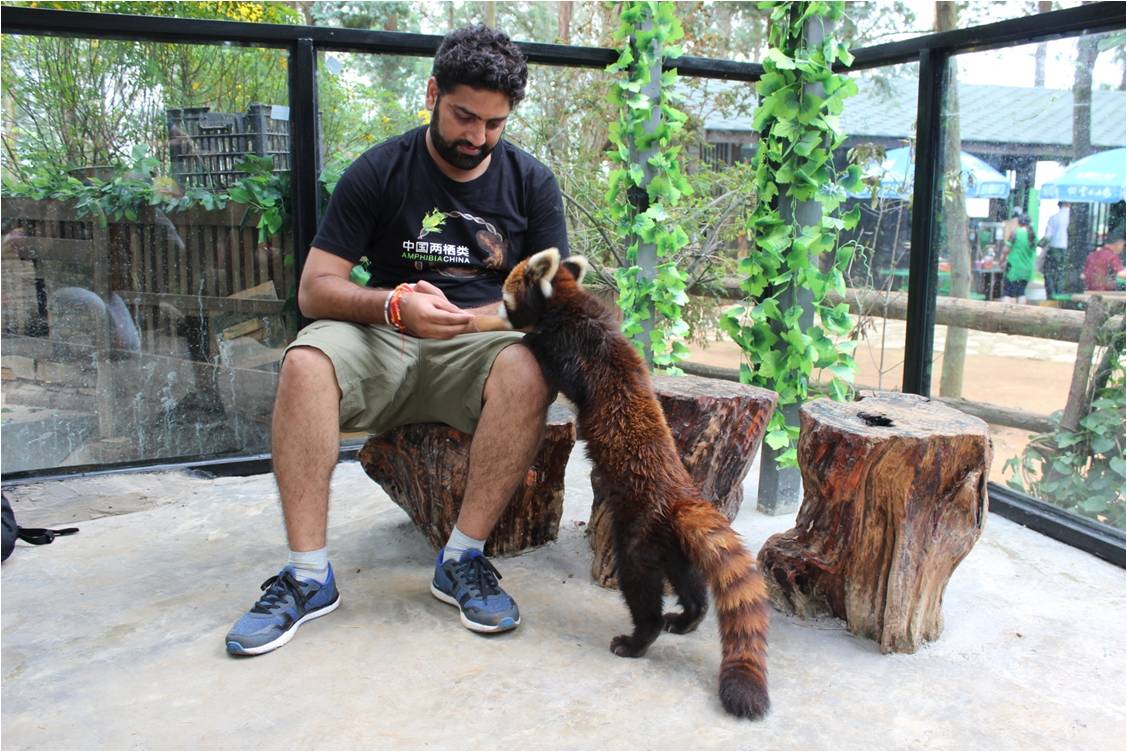 An Indian research team is currently working on an extensive DNA database of Red Pandas in the wild, which will not only map genetic diversity, but also aid to combat illegal trade. In an interview, project leader Dr Mukesh Thakur of the Zoological Survey of India explained how the DNA database can help in planning the conservation of Red Pandas and what measures should be taken to protect them better.

Red Pandazine: What is the aim of this Red Panda DNA database?

Dr Mukesh Thakur: The Red Panda is an endangered species with known distribution in India, Nepal, Bhutan, China, and some parts of Myanmar. In India, the Kangchenjunga landscape is very vital to be studied as it shares Red Pandas among three countries, India, Nepal, and Bhutan. We have very porous borders with Nepal and Bhutan. One does not require a visa to cross borders from India to Nepal and Bhutan and vice versa. In such situations, people often indulged in the illegal wildlife trade for making easy money. Several species and their body parts, e.g., Tiger, Leopard, Rhino, Elephant, Pangolin, and Red Panda (being commonly found), are traded illegally. Red Panda pelt can be smuggled across multiple international borders while arriving Kolkata (Eastern India where the Red Panda is known to occur, in Northern Bengal in Singalila National Park and Neora Valley National Park) as Kolkata airport is well connected to several parts of Southeast Asia, Europe, and the USA, making an easy route to smuggle wildlife parts products. Law enforcement can’t identify them from where the wildlife parts have been originated. So considering the importance to determine the poaching hotspots and potential trade routes, we have initiated this study to build a reference DNA database of Red Pandas of India to facilitate an innovative DNA assignment method to determine the geographic origin(s) of seized Red Panda skins or products if they have been originated from India.

Red Pandazine: According to a study by TRAFFIC, “wildlife crimes” against Red Pandas are rarer in India than in Nepal. What is your view of the current situation?

Dr Mukesh Thakur: I partially disagree with the TRAFFIC report. They have not collected adequate information from India. The report says they had ten interviews from experts, including India, Nepal, and Bhutan, and did several questionnaire interviews. However, they did not extract information from the law enforcement, for example, the Wildlife Crime Control Bureau and the respective cell of the concerned forest department. In two years, we reported several cases of Red Panda poaching for the demand of their pelt. Their report is compiled with insufficient information. 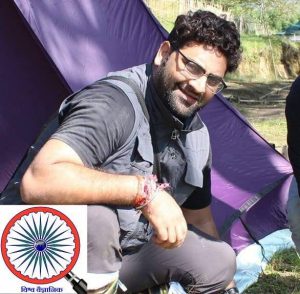 Red Pandazine: You currently focus on the Eastern Himalayas. Which regions are considered in the database?

Red Pandazine: The analysis is based on stool samples. How many were collected? And where?

Dr Mukesh Thakur: Feel glad to share with you that in the last two years of extensive field survey in Eastern Himalayas, we collected about 234 faeces samples of free-ranging Red Pandas from wild and identified 24 unique individuals. Sighting a Red Panda is very difficult due to its secretive, elusive behaviour and considering the topology of terrains where they inhabit. These are very difficult to approach. We are using the most sophisticated tools of GIS (“Geographic information system”), genetics, and genomics to address the proposed objectives of the project. We are also modelling the suitable habitat, landscape connectivity with GIS tools, and validating the predicting models by analyzing the real-time field-collected samples through DNA analysis. For our curiosity, we are also examining the fresh field-collected faeces of the Red Panda for gut microbiota analysis to predict the health status, physiological condition and linking this to the habitat used by the Red Pandas in India.

Red Pandazine: Is an expansion into other regions planned in the future? (e.g., Red Panda habitats in China, etc.)

Dr Mukesh Thakur: We are finding collaborators in Nepal and Bhutan who can generate complementary data to our study. In China, we are already in contact with Prof Bisong Yue (Sichuan University), Dr Liang Zhang (Panda Research Base Station – Chengdu), and Dr Fuwen Wei (IoZ – Chinese Academy of Sciences).

Red Pandazine: What measures do you propose to take to protect the Red Panda?

Dr Mukesh Thakur: There must be a landscape approach. The primary threat is the degradation of the potential habitat, increased human activities, and change in the land-use patterns. These need to be dealt with at a landscape level. Red Pandas forage on bamboo so plantation may be judiciary attempted.

Red Pandazine: Do you see Red Pandas in the zoos worldwide as a full “backup” to the population in the wild, or will captive Red Pandas only maintain a small part of the genetic diversity?

Dr Mukesh Thakur is the leading Project Supervisor of the Red Panda DNA database project, which is commissioned by the Department of Science and Technology, New Delhi, as part of the Inspire Faculty Award. He is supported by three students – Hiren Khatri, Supriyo Dalui, and Shmabadeb Basu. The research team works both in the field and in the laboratory. The project is scheduled to run until September 2023.

Check out Dr Mukesh Thakur on Research Gate and Twitter. You can also download a flyer about this project.