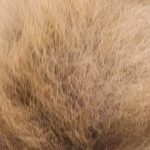 On July 14, one of the two female Red Panda cubs died at the Toronto Zoo in Canada.

The mortality rate among Red Pandas is very high in the first weeks of life.

A few days earlier, the weakened cub was transferred to the intensive care unit of the zoo’s Wildlife Health Centre. There it was fed every three hours by the care team.

After the condition of the Red Panda stabilized, it returned to mother Ila. There the cub also received additional food. But shortly after its return, the cub became weaker again. Despite help from the keepers, it died overnight.

The Toronto Zoo suspects that the mother did not produce enough milk to feed both cubs.

The twins are the first offspring of the Red Pandas at Toronto Zoo since 1996.