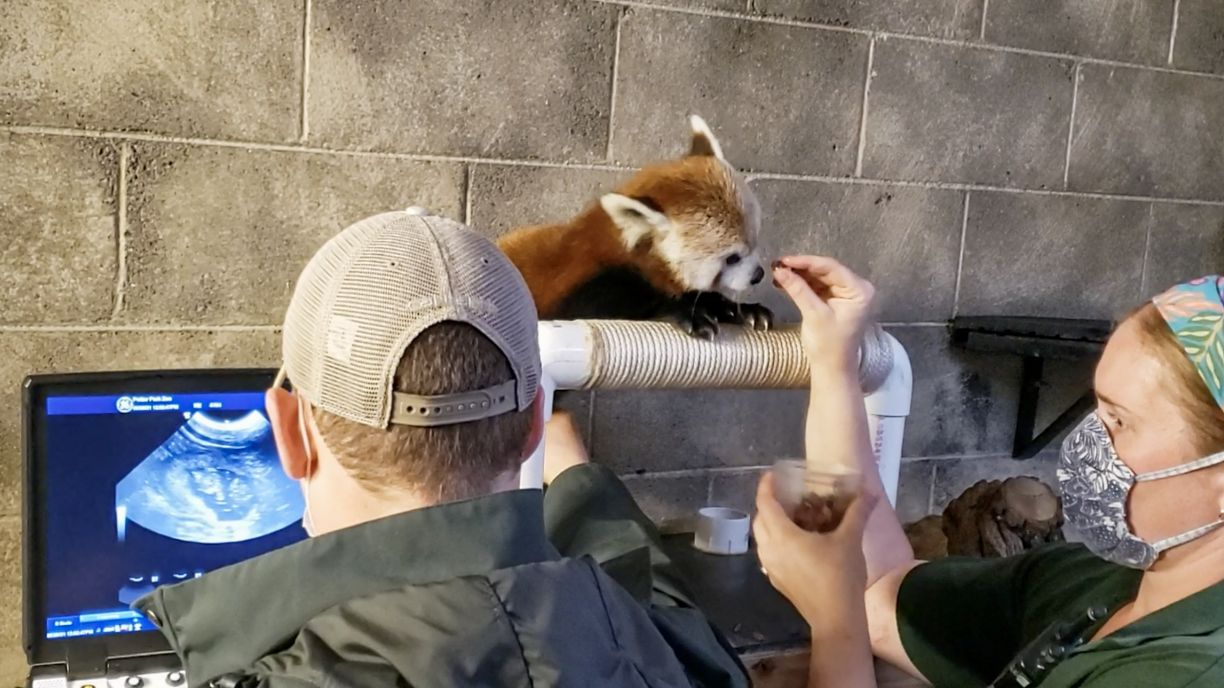 Zookeeper Liz Jagenow has been training with Maliha for years. For this reason, the Red Panda voluntarily participates in the medical examinations. Photo: Potter Park Zoo

The seven-year-old female Red Panda Maliha is pregnant. Potter Park Zoo in Michigan has announced this good news on its website.

Just earlier this year, male Red Panda Deagan-Reid was socialized with her. Apparently, the chemistry between the two Red Pandas must have been right. In late May, the pregnancy was confirmed by the veterinary team during an ultrasound examination.

“Maliha’s pregnancy is not only great news for Potter Park Zoo, but for Red Pandas as an endangered species,” said Zoo Director Cynthia Wagner.

Maliha and Deagan-Reid were recommended as a breeding pair by the Association of Zoos and Aquariums (AZA) under the Red Panda Species Survival Plan (SSP). AZA zoos currently have fewer than 220 Red Pandas — so offspring are most welcome.

In 2016, Maliha became mom for the first time. The cubs – one male, one female – were named Pabu and Roji.

You can adopt the Red Pandas at Potter Park Zoo.