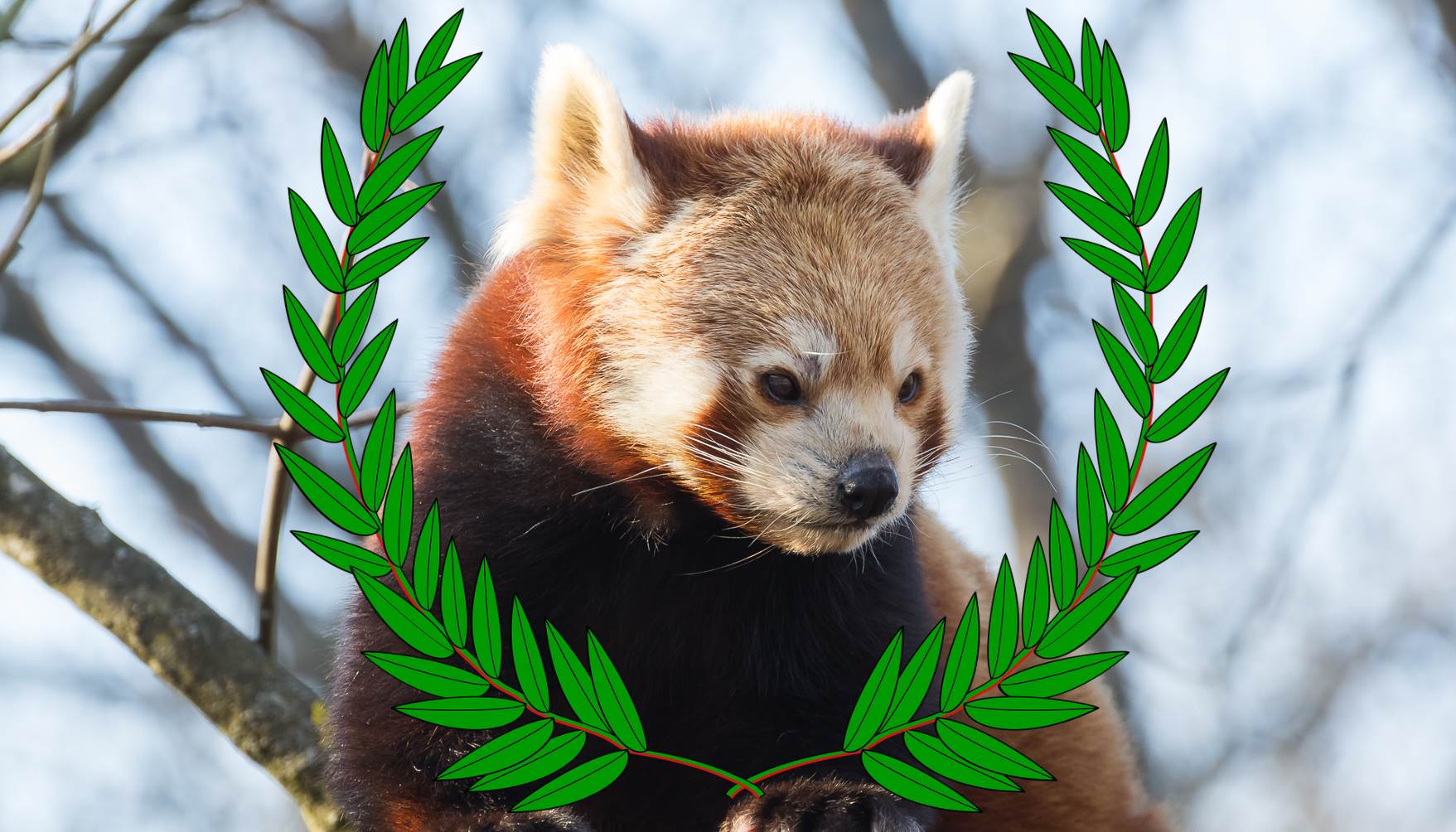 Award winning in the role of a passionate bamboo eater and late riser: the Red Panda.
Photo: Jürgen Breitenbaumer and pixabay

We have had lion kings in the savannah, blue-blooded cattas in Madagascar, flying elephants in the circus or even entire metropolises full of human-like animals. But Red Pandas are still relatively rare on the screen – which is surprising given the fact that there is even a superhero named Red Panda.

BAMBOO INSTEAD OF POPCORN

That makes the idea of dedicating a small film festival to the Red Pandas in April all the nicer. The Bijou Art Cinema in Eugene in Oregon (USA), the city in which the Red Panda Network is based, was chosen as the US premiere cinema for two top-class productions. The new Red Panda documentary film by German filmmaker Dr. Axel Gebauer is marketed in the USA with the addition “world’s cutest animal”. A fitting title, as Dr. Gebauer accompanies panda mother Tashi and her adorable offspring through the first months.

The second highlight is “The Firefox Guardian” by Gunjan Menon. The short documentary gives an insight into the work of the “Forest Guardians” in Nepal and portrays Menuka, one of the few women who practices this profession despite all resistance – and fights for the survival of the Red Pandas in Nepal directly on the spot.

An interview with Dr. Axel Gebauer and his documentary can be found here:

We also interviewed Gunjan Menon about “The Firefox Guardian”:

The Firefox Guardians: A Film full of Love for Red Pandas

You can watch the film in full length here!