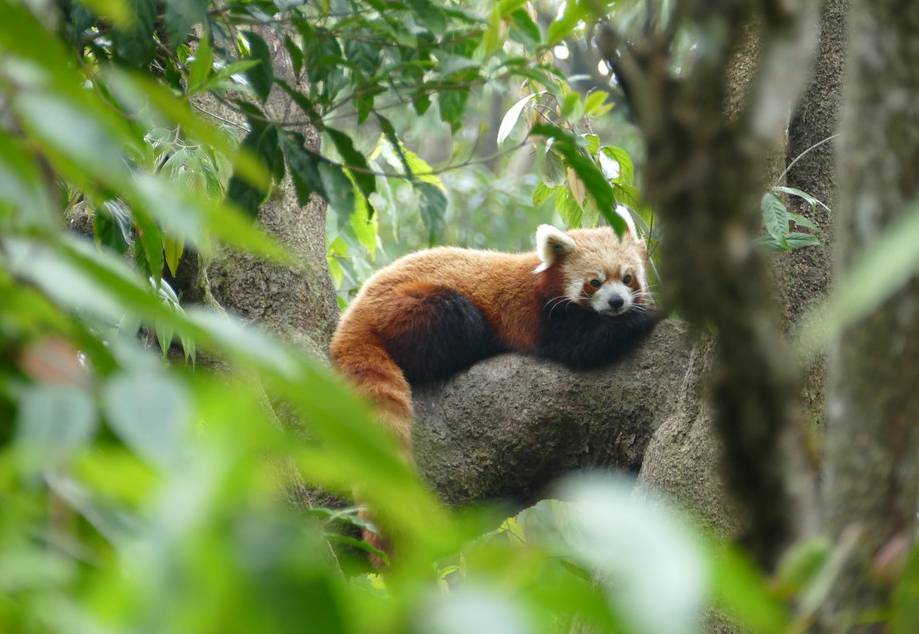 This photos shows a Red Panda at Darjeeling Zoo in India. A team of researchers has found that both species of Red Pandas are endemic to India. Photo: Ankur Panchbudhe/flickr – CC BY 2.0

Both the Himalayan Red Panda (Ailurus fulgens) and the Chinese Red Panda (Ailurus styani) are endemic to India. This is the conclusion reached by the team of researchers led by Dr. Mukesh Thakur in a study conducted by the Zoological Survey of India (ZSI). Traces of the Himalayan Red Panda have been found in Darjeeling, Sikkim, and western and central Arunachal Pradesh. The Chinese Red Panda was detected in the Dibang Valley in eastern Arunachal Pradesh. For the study, 250 stool samples from Red Pandas in the eastern Himalayan region were genetically analyzed.

The Siang River — the name of the Brahmaputra River in the Indian state of Arunachal Pradesh — likely played a crucial role in this genetic isolation of the two panda species. According to the researchers, this river forms the border between the Himalayan Red Panda and the Chinese Red Panda. These are thought to have separated about 230,000 to 390,000 years ago. Temporally, this development coincides with the transition of the middle to late Pleistocene. According to Dr. Mukesh Thakur, the Himalayan Red Panda was more affected by the Pleistocene ice age compared to its Chinese conspecifics, resulting in a decline in this population. One reason for this may be that the Himalayan region changed more topographically and geologically due to the alternation of wet and dry periods during this phase of Earth’s history and Himalayan Red Panda locates on the geographical proximity of the Tibetan plateau region than the Chinese Red Panda.

Currently, the research team is working to analyze genomes of Red Panda and also mapping the corridors in the eastern Himalayas. Among other things, this will aid to the conservation management of the free ranging population of Red Pandas in India.

Geological and Pleistocene glaciations explain the demography and disjunct distribution of red panda (A. fulgens) in eastern Himalayas