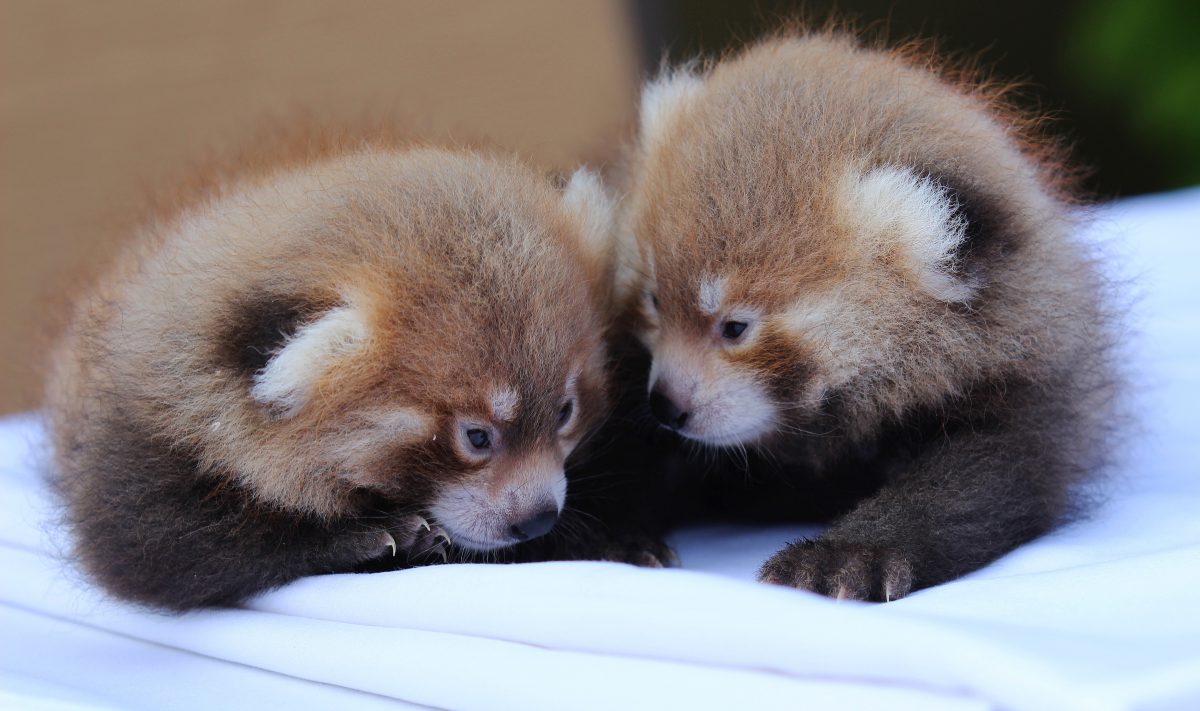 Rosamond Gifford Zoo’s Red Panda mother Tabei und father Ketu are the parents of two male Red Panda cubs born on June 21. The twins have been named Loofah and Doofah – two characters from “The Land Before Time” – a nod to the zoo’s Dinosaur Invasion exhibit.

The cubs are being bootle-feeded by keepers at an isolette in the zoo Veterinary clinic. Unfortunately Tabei wasn’t able to caring for them, althought the twins are now her third offspring since 2015.

Her first cubs, males Rohan and Pumori, went on to start their own families at the Central Park Zoo and the Erie Zoo. Ravi and Amaya, a male and female born in 2016, are now at the Detroit Zoo and the Sacramento Zoo respectively.

Our stories about Tabei’s offspring in 2016: