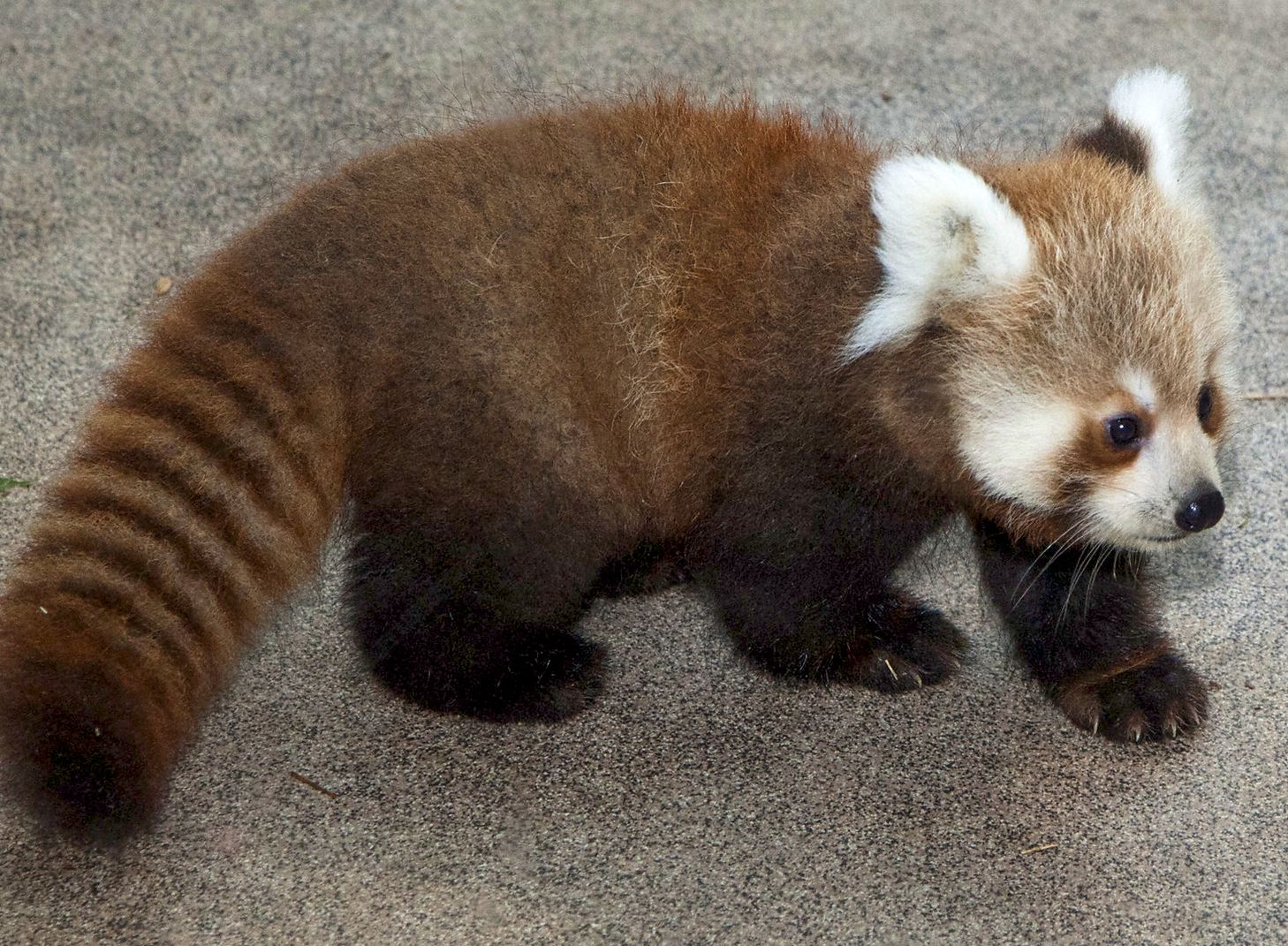 Red Pandas in zoos can ideally give birth to offspring once a year. However, surprisingly, when this birth occurs also depends on where the Red Pandas are located. Female Red Pandas in zoos in the Northern Hemisphere enter what is known as oestrus between January and March. The mating season also brings an increase in social interactions between female and male pandas. This is particularly noticeable in the otherwise very solitary Red Pandas. In these late winter months, both females and males set scent marks to signal their interest. If all goes well, offspring will be born between June and August.

In the zoos of the Southern Hemisphere, the same thing happens, but half a year later. South of the equator, the period from June to August is considered the mating season and December the month with the highest birth rate.

What is the reason for this difference between north and south? There are many indications that the Red Pandas give birth to their offspring depending on the photoperiod, meaning the length of the day. The winter months, which are known to be half a year apart in the Northern and Southern Hemispheres, serve as the mating season. Pregnancy lasts an average of about 130 days and falls in the nutrient-rich springtime – ideal for the expectant mother. When the young are born, the environmental conditions are most favorable. The different mating and birth times in the northern and southern hemispheres therefore increase the chance of successful births.

Among others, Angela R. Glatston reports about this peculiarity in Red Pandas in her recommendable book Red Panda – Biology and Conservation of the First Panda, (130ff) as well as the website of the Smithsonian’s National Zoo & Conservation Biology Institute.